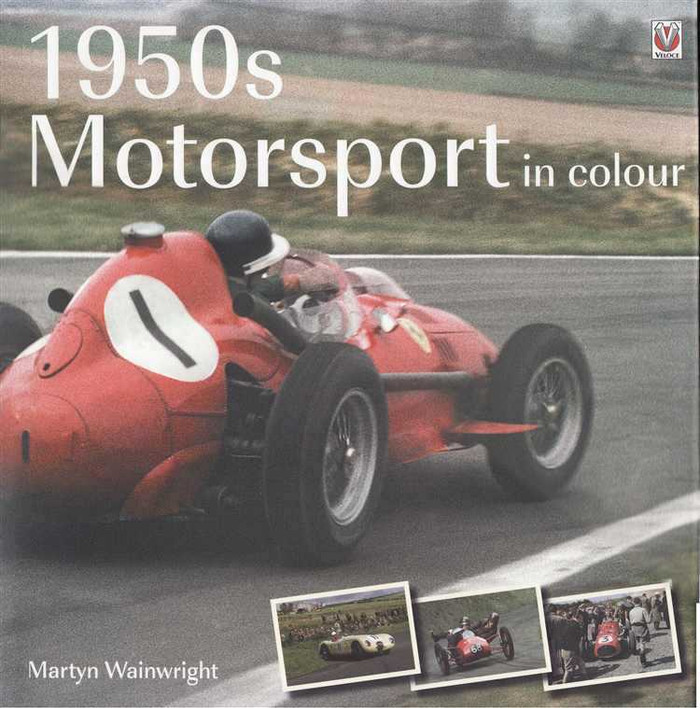 A superb collection of over 200 full colour images from 1950s motor racing and hill climb events, including Goodwood, Dundrod, Aintree, Brands Hatch, Prescott, Shelsley Walsh, and Lisdoonvarna. Features Grand Prix, Sports Racing, Veteran, and Vintage cars, and amazing 'Specials' too. Also includes motorcycles, sidecar combinations, and three-wheelers in action. Take a delightfully nostalgic trip back to a lost era: a time when motorsport was much more accessible and less regulated, and before commercial sponsorship plastered cars and drivers with company logos.
Enjoy!

Whilst studying at Trinity College, Dublin, Martyn Wainwright joined the photographic club and went to a lecture given by Max Boyd - sports editor of Irish Motoring Life. After their meeting Martyn acted as Max's assistant at a number of races and hill climbs, then, when Max left to become the Sunday Times motoring correspondent, Martyn inherited his place at Irish Motoring Life.

In 1954 Martyn started taking colour photographs, as well as his `official' black & white shots at races and hill climbs in England and Ireland: this despite the fact that he knew no-one was going to publish them as the printing process was then too expensive.

Nearly 50 years later Martyn discovered the forgotten transparencies and taught himself to digitize them, and then to repair the damage caused by age and poor storage. The effort was very worthwhile because these rare images vividly recall a very different era of motorsport and, collectively, recapture the informal spirit of competition in the 1950s.

All the pictures were taken with an M3 Leica, and all the action shots with a Leitz 135mm Hektor lens with an aperture of f3.5: this meant that to get decent shots the photographer had to be very close to the action, as many of the pictures reveal ...

MSRP:
Now: $39.95
Was:
By: Greg McNeill . Motorsport greeting cards featuring heroes of the past and present. Reproduced from original paintings by Greg McNeill. Sold in sets of four for $17.95. Envelopes included...

111 Porsche Stories That You Should Know

1967 Chris Amon, Scuderia Ferrari and a Year of Living Dangerously