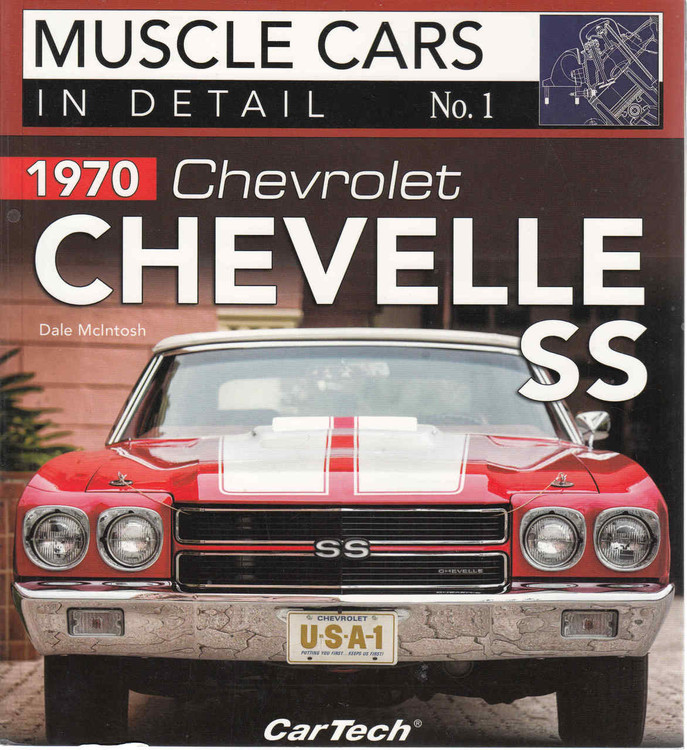 The Chevrolet Chevelle has one of the largest followings of any of Detroit's muscle cars. It was a chassis for everyman, offered in Standard and Malibu form.

When optioned with the performance SS option, though, this mid-size offering became a fairly capable machine.

After the GM displacement ban ended for the 1970 model year, Chevrolet put new skin on the Chevelle and added two new options under the hood: the L55 454 with 360 hp and the vaunted LS6 454 with 450 hp. These two engines launched the Chevelle SS from a mid-pack performer to dragstrip winner, and gave Chevrolet bragging rights on the street.

Today, the 1970 Chevelle SS 454 is viewed as one of the most iconic automobiles ever produced on American soil. SS 396 and 454 Chevelles command a premium at auction and are some of the most coveted muscle cars ever created.

Each volume in the In Detail Series provides an introduction and historical overview, an explanation of the design and concepts involved in creating the car, a look at marketing and promotion, and an in-depth study of all hardware and available options, as well as an examination of where the car is on the market today. Also included are paint and option codes, VIN and build-tag decoders, as well as production numbers.

Dale McIntosh became a Chevelle enthusiast when he purchased his first black/black 1967 SS396 in the fall of 1967.

In the 1990s, he started a website, Team67.com, which morphed into ChevelleStuff.net, the recognized resource for Chevelle information. Dale is a leading expert in the Chevelle community on all Chevelles ranging from 1964 through 1972. He has numerous Chevelle "Registry" websites as well.

MSRP:
Now: $59.95
Was:
Not to be outdone by Chrysler, Ford had to build and field its own race-duty big-block to compete with the 426 Hemi in drag and stock car racing. In competition trim, the Boss 429 powered Ford and...