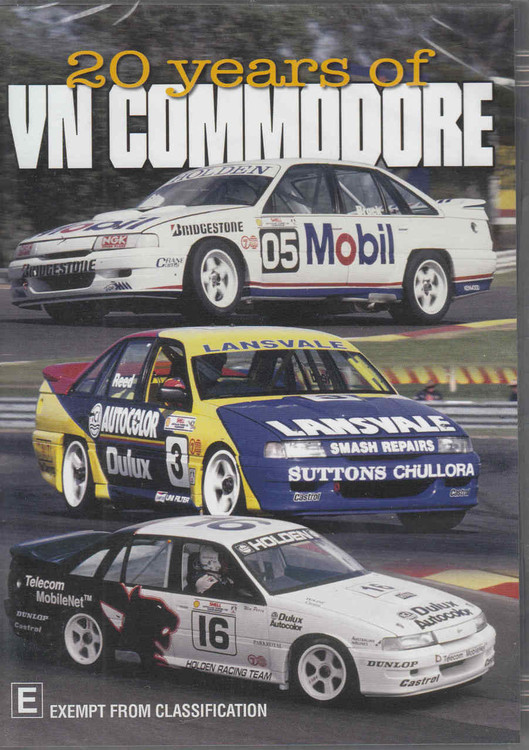 The VN Commodore SS is a highly significant model in the history of high performance Holdens Sadly, it never received the kudos it deserved over its short competition life, now 20 years ago The second place the VN scored at Bathurst in 1991 is hardly remembered today, but it was against much tougher opposition than that faced by the HRT VL model Commodore that won in 1990.

But the VN was significant for other reasons it is the last true high performance homologation special ever made by Holden, the last true production-based Holden racer before the advent of V8 Supercars.

This DVD recalls this short but critical piece of Holden motorsport history. Featuring highlights of the '91 and '92 Australian Touring Car Championship (these highlight packages were never released in Australia) plus highlights of the '91 Bathurst 1000 Some special moments to keep a eye out for when watching, Brock's return to Holden, Mark Skaife's very first touring car championship win, some of Australia's greatest race tracks gone but not forgotten and some of the best in-car camera footage you will ever see

We hope you enjoy.

MSRP:
Now: $199.95
Was:
By: Ducati . Ducati Corse has long had a passion for book publishing. This new 2008 Ducati Review MotoGP & Superbike Official Yearbook - continues that tradition with a multitude of exotic...