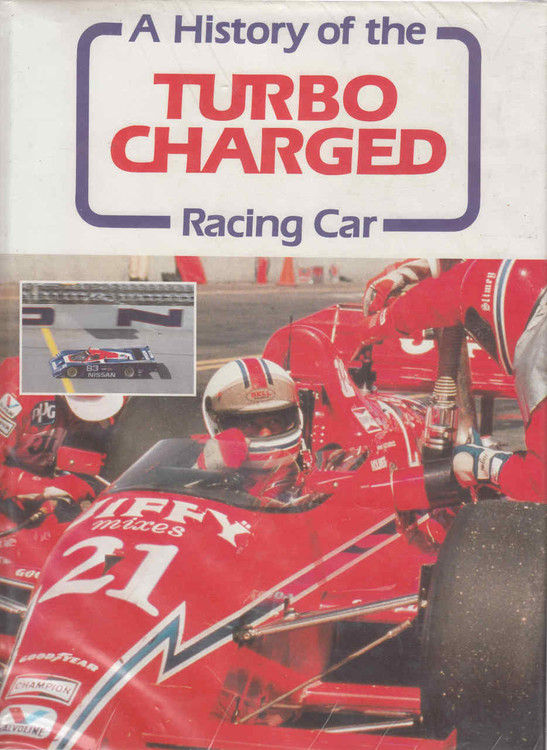 The quarter-century 1964-1989 hosted a remarkable era of motor racing: the brutally powerful Turbo Age. During this period the exhaust gas driven turbosupercharger lifted engine output to heights not even dreamt of in the early Sixties. Brutal four figure horsepower was unleashed on circuits as diverse as Michigan Speedway and the Nurburgring and performance went higher than it was possible to measure on the dyno.

The concept of harnessing the waste energy blowing down the tail pipe was well established as a means of enhancing the torque of truck engines when it first came to the attention of race engine builders. It was not an obvious option since petrol engines have far higher exhaust temperatures than diesel engines and throttle lag is inherent in the turbocharging process.

The first tentative steps were taken by Indy Car runners - the methanol fuel used at the Brickyard ' helped lower engine temperatures and lag could be anticipated in the long, open turns. Road racing was another matter altogether with pump petrol and tricky corner sequences a real nightmare for the turbo racer. Nevertheless, Porsche (followed closely by Renault) took turbocharging into the world of international sports car racing.

Alas, the tide was turning. Outrageous power output could not be tolerated in the interest of safety and gradually high boost, flame throwing turbo engines were phased from the sport. Studying the accelerating Twenty Five Year Turbo Age, this book charts the rise and fall of the turbo car at Indianapolis, Le Mans, even Monte Carlo.
Written by an authority on the technicalities of motor racing, this book draws heavily upon Bamsey's two earlier studies of turbo cars. 'The 1000B.H.P. Grand Prix cars' and 'The International Race Engine Directory - First Edition', both published by G. T. Foulis.

It aims to paint an overall picture of the Turbo Age. Never again will such outrageous engine performance rip through international motor racing like a full-force hurricane.

Aerodynamics For Racing And Performance Cars

MSRP:
Now: $59.95
Was:
By: Forbes Aird . Aerodynamics For Racing And Performance Cars - The book offers a basic explanation of vehicle aerodynamic theory, principles and application. All information is presented in easy to...

A History Of The Summernats (Soft Cover)

MSRP:
Now: $39.95
Was:
By: Jon Van Daal . The Summernats is one of the world's great automotive events — a unique blend of unbridled horsepower, exceptional automotive artistry, superior craftsmanship and great...

A History Of The Summernats (Hard Cover)

MSRP:
Now: $59.95
Was:
By: Jon Van Daal . The Summernats is one of the world's great automotive events — a unique blend of unbridled horsepower, exceptional automotive artistry, superior craftsmanship and great fun...

MSRP:
Now: $99.50
Was:
By: Neville S. Webb . Prologue It is appropriate that I apologise in advance for the surfeit of the photographs press cutting and data related to my own vehicles included in this "History" Readers...

A History Of The World's Classic Cars

A History Of The Monte Carlo Race (Michael Frostick)

A History Of The Ford Motor Company In Australia (Paperback Edition)

A History Of The Ford Motor Company In Australia (Hardcover Edition)