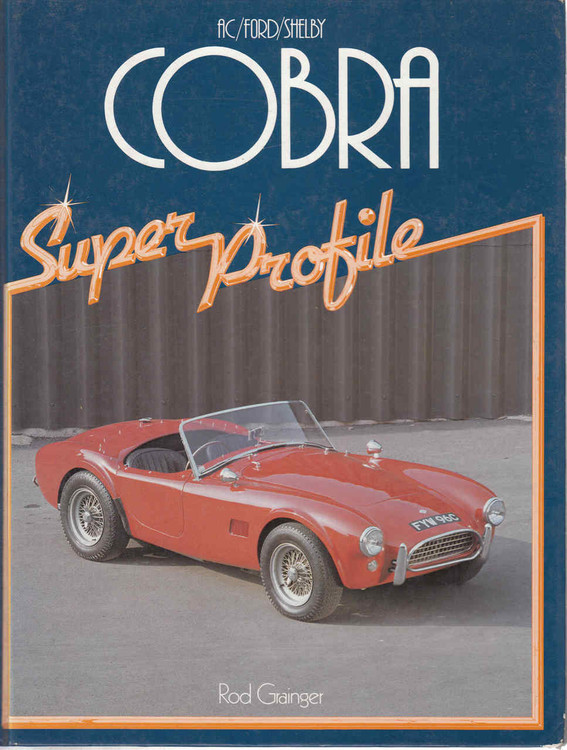 The Cobra was, and is, a phenomenon. The mating of the elegant and simple AC Ace body to the brutal power and stump-pulling torque of a large capacity American V8 engine was an inspiration, even if not a new idea, for Sydney Allard certainly got there first.

Automotive history is littered with other people's attempts to create similar packages — Sunbeam Tiger, Daimler SP250 (Dart), MG B V8, TR7 V8, etc — but none has succeeded as brilliantly as the Cobra. Simply, the Cobra was greater than the sum of its parts.

Undoubtedly some of the Cobra myth was created by the hyperbole which is inevitably associated with Carroll Shelby: a showman of the first order, who has not only the ability to pluck publicity from thin air, but also the charm to talk into an alliance such
disparate entities as the AC Car Company and the giant Ford Motor Company — with Shelby American in the centre. Nevertheless, the Cobra was always a car which surprised and inspired those lucky enough to drive it. In Richard J. Kopec's Shelby American Guide a stationary Cobra is described as a hand grenade waiting for the pin to be pulled — and I guess that just about sums up the Cobra's character.

Shelby's presence always looms so large in the Cobra story that the very real amount of time and effort put into the car's development by both AC and Ford is often overlooked. Somehow, when the car did well it was always a Shelby Cobra but when it had problems it became an AC or Ford. This must have been particularly hard for FoMoCo to swallow as they backed the 'Ford Cobra with hard cash in the hope that the performance image would rub off on their products. Some of it did, of course, but most of the glory went to Shelby. Hence Ford's
pulling the plug on the Cobra in favour of the GT40.

I enjoyed writing this book for, like most enthusiasts bored with the emasculated sports cars of today, I would love to have a Cobra in my garage. I hope like-minded readers will enjoy the Cobra's story.

I would like to offer my sincere thanks to AC Cars Ltd, John McLellan and Rod Leach — without their help the compilation of this book would have been almost impossible.

MSRP:
Now: $285.00
Was:
By: Colin Comer . Shelbys are the most iconic performance cars in the history of the American auto industry. This lavishly illustrated work conducts readers through Shelby American's forty-plus...

Shelby Cobra - The Snake That Conquered The World

MSRP:
Now: $99.95
Was:
By: Leo Archibald . Including a performance tuning guide for the AC two-litre engine. There have been a number of books on AC - one of Britain's oldest and most respected car makers - but this is...

MSRP:
Now: $49.95
Was:
By: Brooklands Books . Articles in this book cover the new style AC Ace with with AC, Bristol and the 2.6-litre Ford Zephyr Six engines. The last AC engined ACE was built in 1960 and the last Bristol...