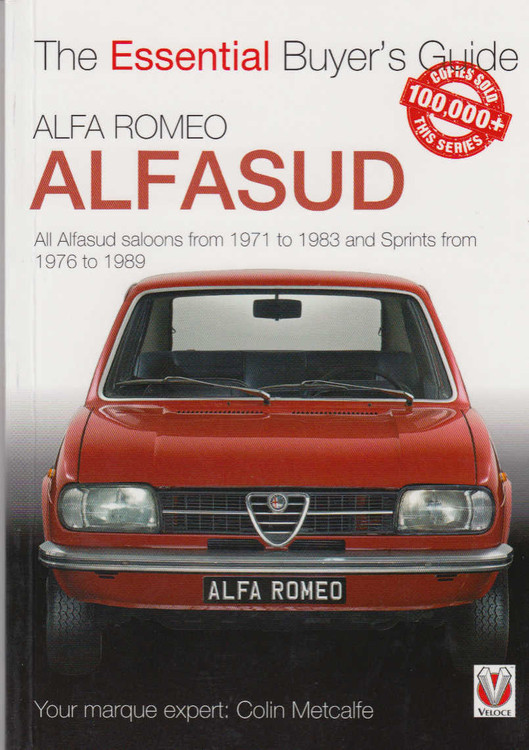 Alfasud was produced by a design team gathered by Alfa Romeo under the Austrian engineer Rudolf Hruska. The project was to design an entirely new, small 'amity car from scratch, and to build it in a completely new factory, to be sited in 7e under-developed region close to Naples in the south of Italy: hence the name A'asud - sud being Italian for south.

Hruska started his career with Porsche and VW, so it was not surprising that he cored for a flat-four boxer engine, though, in this case, it was mounted in the front, a^c1 had a conventional water radiator rather than air cooling. This engine layout mowed a low bonnet line for good visibility, a low centre of gravity, and a compact _r surprisingly spacious - body designed by Giorgetto Giugiaro of Ital Design fame. was coupled to a longitudinally-mounted, in-line gearbox and differential driving _-he front wheels.

Despite its small engine, the Alfasud impressed from the start with its superb nandling, roadholding, and high cruising speed, enhanced by all-disc brakes, a good driving position, a swift, light gearchange, and exceptional quietness and -tenement. Its packaging was a revelation - the short engine allowing it to be a surprisingly capacious small car - the only disadvantage being pedals heavily offset :.,.,yards the centre of the car in order to clear the front wheelarch.

Looking at the Alfasud now, it's hard to believe it wasn't a hatchback from the s- t, but this layout was unusual in 1971 when the car was launched, tending to be confined to more utilitarian vehicles such as Citroen's 2CV. The Alfasud's hatch erne ten years later, giving the car a new lease of life into the mid-1980s.

Another clever derivative came first: the three-door, Giugiaro-designed Masud Sprint of 1976; Alfa Romeo wisely exploiting the 'sud's great handling and performance by creating from it a stylish sports coupe that would endure five years beyond its parent.

MSRP:
Now: $24.50
Was:
Features • Covers all models: saloon/sedan, estate/wagon and coupé • Includes petrol and diesel engines, with four, five and six cylinders • Will help you decide if the W123 is right for you … • …...