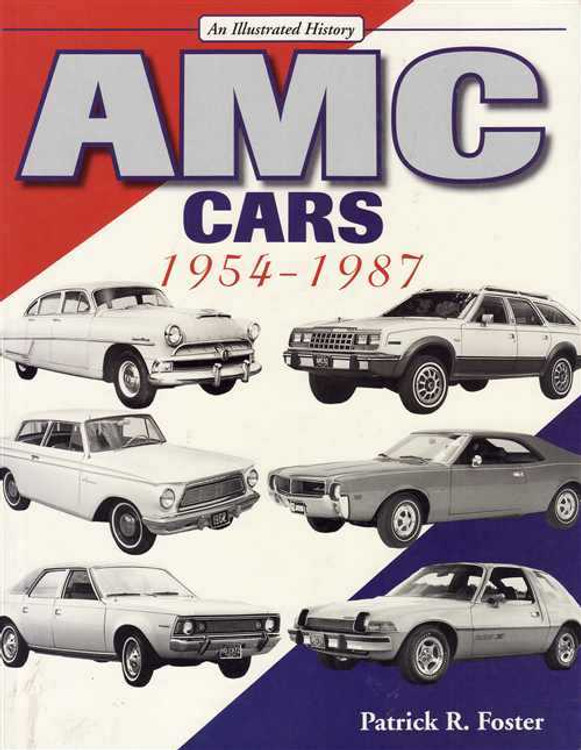 Formed in 1954 by the merger of The Hudson Motor Car Company and Nash-Kelvinator Corporation, American Motors Corporation was no ordinary company. It was the last, and the very best, of the great independent automakers.

Highly regarded AMC historian and expert, Patrick Foster, gives us an in-depth look at AMC and its cars from its beginning in 1954 through its demise in 1987.

Over 300 photos combined with informative captions show all of AMC's cars. A great reference for the AMC enthusiast!

MSRP:
Now: US$41.86
Was:
By: Nigel Cox . Lambretta Innocenti, the world's most famous scooter marque, has a devoted following in Britain and abroad. This book is by an enthusiast with the biggest collection of Lambrettas...

MSRP:
Now: US$62.80
Was:
By: Patrick R Roster . Description While hundreds of infant auto manufacturers competed with a bewildering number of models, the Hudson Motorcar Company rose above the fray to establish itself as...

MSRP:
Now: US$87.28
Was:
By: Nick Walker .  The Alvis Speed Models of the 1930s were and still are among the most desirable high-performance cars of their decade. Less expensive than the Bentley or Lagonda, classier...

MSRP:
Now: US$55.82
Was:
By: Patrick R. Foster . Welcome AMC enthusiasts. Buckle up and take a pictorial journey through AMC's golden era of high performance cars. Starting with the 1951 Nash-Healey, then the Hudson...