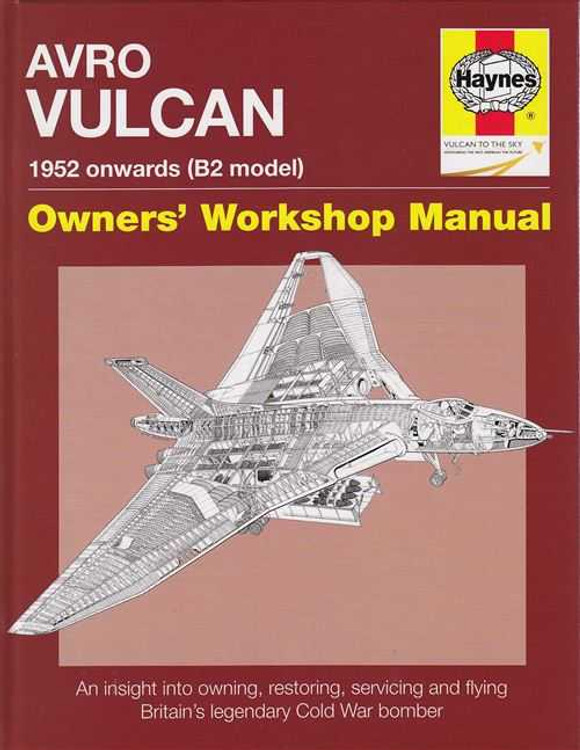 The awesome Avro Vulcan is an enduring image of the Cold War era when the world stood on the brink of nuclear annihilation. For many years the RAF's delta-wing jet bomber was the cornerstone of Britain's nuclear deterrent. In the Avro Vulcan Manual you can read all about the Vulcan's operational history and take a close-up look at its complex construction. Discover what it was like to fly the mighty V-bomber during the Cold War, including the legendary 'Black Buck' missions in the Falklands War. Centrepiece of the Avro Vulcan Manual is Vulcan XH558 - the world's only flying example of a Vulcan. Read all about the restoration to flight by the Vulcan to the Sky Trust of this extraordinary piece of aviation history, and what it takes to keep '558 flying.

Alfred Price PhD, FRHistS, served for 15 years as an Air Electronics Officer in the RAF He logged 1,520 flying hours in Vulcans, serving with No 9 Squadron and No 230 Operational Conversion Unit He also instructed V-bomber crews on electronic warfare and target penetration tactics. Since leaving the service in 1974 he has written on aviation related subjects and has authored or co-authored 42 full-length books including the acclaimed Haynes Supermarine Spitfire Manual.

Tony Blackman OBE, FRAeS, trained as a test pilot in the RAF and joined Avro's in 1956. He became Chief Test Pilot and helped to develop the Vulcan B1 and B2. Of the 135 Vulcans built he flew 105, totalling 1,272 hours and 850 flights. In 1978 he left Avro's to join the Aerospace Board of Smiths Industries, and later the Board of the Civil Aviation Authority. He now writes aviation books, including Vulcan Test Pilot. He is a Fellow of the Royal Institute of Navigation and the American Society of Experimental Test Pilots.

Andrew J.K. Edmondson joined the RAF in 1979 and trained as a flight line mechanic, working on Vulcans, Phantoms and Tornados. He left the service in 1993 as an airframe technician and retrained in business management before joining the nuclear industry as a senior project engineer. In 1999 he became a full-time employee of C. Walton Ltd and was appointed Engineering Manager for the project to restore Vulcan XH558 to flight He is currently the Engineering Director of The Vulcan Operating Company.

MSRP:
Now: $69.95
Was:
The author, Jean Gardner presents an intimate look at nearly 400 aviation landmarks and memorials from over the years ever since man first took to the skies and started meeting with untimely and...