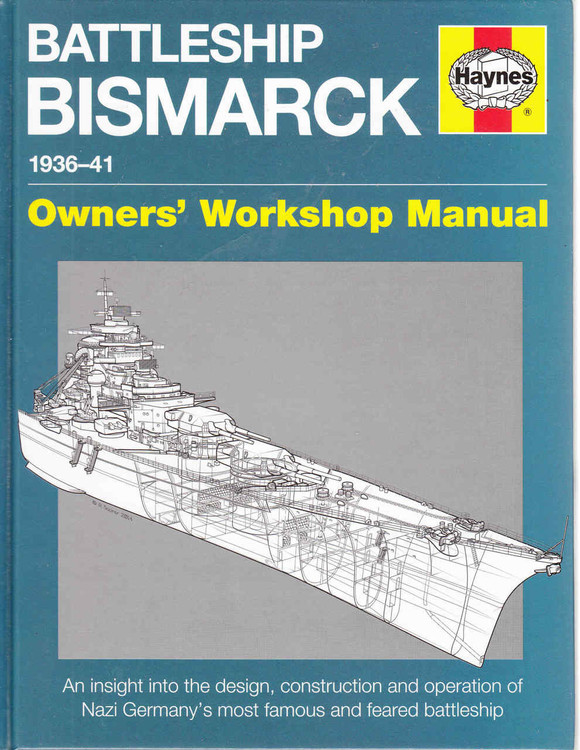 - An Insight into the design, construction and operation of Nazi Germany's most famous and Feared battleship.

When the German battleship Bismarck entered service in the summer of 1940 she was the most powerful war machine ever produced by Nazi Germany, and arguably the most powerful modern battleship in the world. German propagandists dubbed her unsinkable, as she was better protected than almost any other warship afloat.

While other battleships had larger or more numerous guns, Bismarck represented the near-perfect balance between firepower, speed and protection. She was also a ship that even her opponents regarded with awe. One British adversary described her as being 'black, massive, beautiful - the most marvellous-looking warship that I or any of us had ever seen'.

During the dark days of late 1940 and early 1941, as Great Britain fought for her very existence, Bismarck became the Royal Navy's ultimate nemesis.The saga of her brief but eventful career is one of the most dramatic sea stories to emerge from the Second World War. In May 1941 she sank the British battlecruiser HMS Hood, pride of the Royal Navy, and broke out into the vastness of the Atlantic. What followed was an epic sea chase, where the might of Britain's navy was called upon to pursue the Bismarck, and avenge the Hood.

The Haynes Battleship Bismarck Manual not only gives a vivid account of this celebrated naval campaign, but it also provides a behind-the-scenes look at what life was like on board Bismarck, describes how she was designed and built, manned and operated, and examines her fighting potential.

MSRP:
Now: $49.95
Was:
By: Alfred Price, Paul Blackah . Supermarine Spitfire Introduction The Spitfire is more than just an aeroplane. It is an icon. It is, moreover, an icon that is quintessentially, indubitably and...

MSRP:
Now: $55.00
Was:
By: Stephen Stathis . This Hardback Edition Is Limited To 600 copies This unique 176 page book, with a foreword by Colin Bond, features many colour and black and white images (44 pages of colour and...

Beasts From The East and Beasts Unleashed on One Magnificent DVD