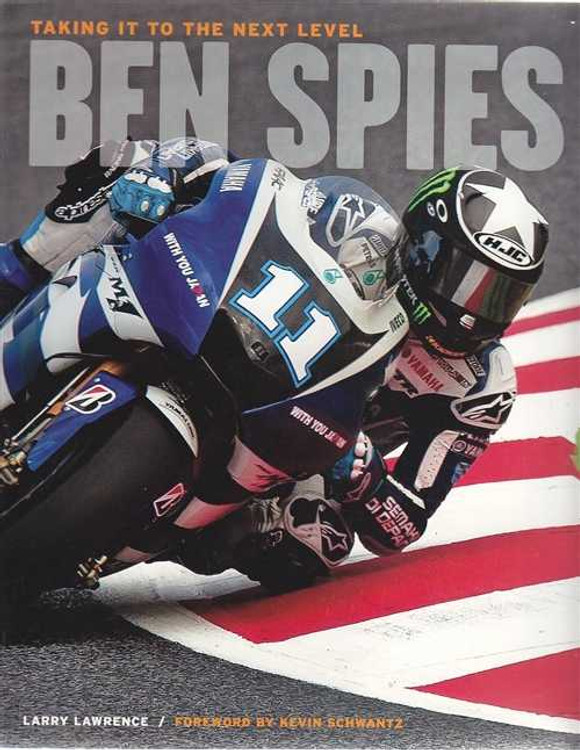 AMA and World Superbike Champion and MotoGP star Ben Spies was a racing prodigy who started winning when he was in second grade. Ben traveled an unusual path to racing stardom; his talent was nurtured by his mother, a single parent who encouraged her children to pursue their dreams.

Ben quickly rose through amateur racing to become a professional in a ruthless world where the only things that count are pole positions and race wins.Through it all he possessed the mental toughness to endure the divorce of his parents, a sometimes harsh training environment fostered by a hard-driving father figure, the racing death of his closest friend, and the tough psychological warfare dished out by his Yoshimura Suzuki teammate Mat Mladin. Ben also suffered a shocking 180-mph crash at Daytona that tested not only his personal courage but the resolve of his family for him to keep racing.

Ben persevered, overcame these challenges, and triumphed. In 2006 he won the first of three straight AMA Super-bike Championships, ending Mladin's title streak. Then in 2009 he stunned the international community, becoming the most successful World Superbike rookie of all time, winning a record number of poles—and the championship—on tracks he'd never seen before, riding for a new manufacturer, Yamaha. The next year Ben was promoted to MotoGP, the pinnacle of motorcycle racing, with Yamaha's satellite team, Tech 3. Confirmation that Ben had joined racing's elite came in 2011 when he moved to the factory Yamaha squad.

Ben Spies: Taking It To The Next Level is the story of one young man striving toward his ultimate goal—and the determination of his family to help him achieve his dream.

MSRP:
Now: $99.95
Was:
By: Mat Oxley . Book Description This is the remarkable true story of how one of Japan's biggest motorcycle manufacturers stole a Nazi rocket scientist's engine secrets from behind the Iron Curtain...

MSRP:
Now: $39.95
Was:
How a British GT team might have taken on some of the world’s major car manufacturers in motorsport’s greatest race. It’s the start of the 1997 season. Once more, sportscar racing is on the cusp of...

MSRP:
Now: $65.00
Was:
This completely revised publication was done in late 2000 and inludes a chapter on Fromelles as well. The first ever After The Battle book was initially done by the late Rose EB Coombs and this...