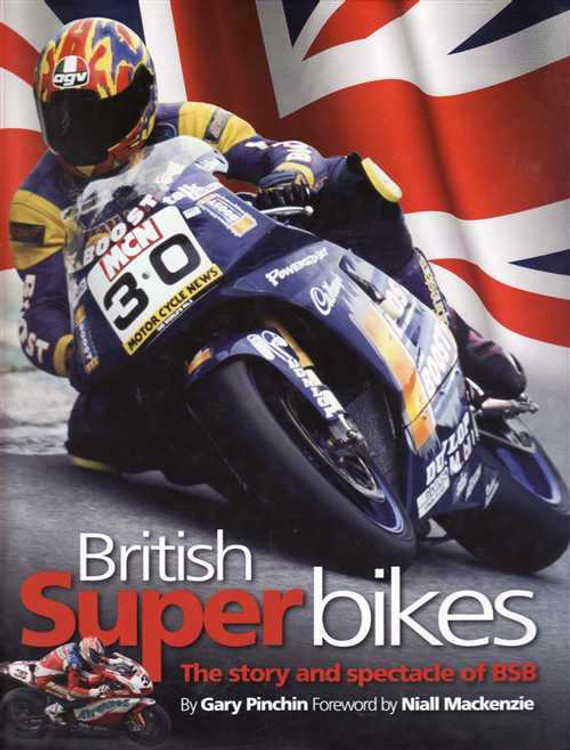 The British Superbike Championship goes from strength to strength, continuing to establish new record-breaking attendances, and no wonder.

Fans get to see factory bikes from Ducati, Honda, Kawasaki, Suzuki and Yamaha, and they get to see their British-based heroes such as Michael Rutter, Shane Byrne and Leon Haslam take on some of the best riders from all over the world, including 2005 champion, Spaniard Gregorio Lavilla, his Japanese rival Ryuchi Kiyonari and Glen Richards from Australia. On the quirky, tight and demanding British circuits spectators are guaranteed some of the most intense, no-holds-barred, handlebar-rattling racing anywhere in the world.

Here is a fascinating year-by-year history of BSB — the biggest domestic motorcycle racing series in the world. After an introduction exploring the origins of the modern series back in 1971, the story moves quickly to the re-launch — and the official start of BSB — in 1995, with Steve Hislop's title-winning season on a Devimead Ducati, right up to 2005's fascinating battle between Lavilla on the ex-works GSE Racing Ducati 999 and the factory Hondas of Kiyonari and Rutter. Along the way we meet other great names from the BSB story, such as Niall Mackenzie, Neil Hodgson, James Whitham, Sean Emmettt and John Reynolds.

Author Gary Pinchin has obsessively followed the British Superbike Championship from the start, first as a fan, then as Editor of RPM and Motorcycle Racer and, for the past five years, as British Superbike guru for MCN, also covering a wide variety of sporting and general biking events. He was recently voted 'Specialist Writer of the Year' in the ECM Editorial and Marketing Awards 2005. His other passion is for custom bikes and he is currently in the process of hacking any excess bits of metal off his tired and tatty 1991 Harley-Davidson Sportster to create a 'bar-hopper' street racer at a time in his life when he really should know better!