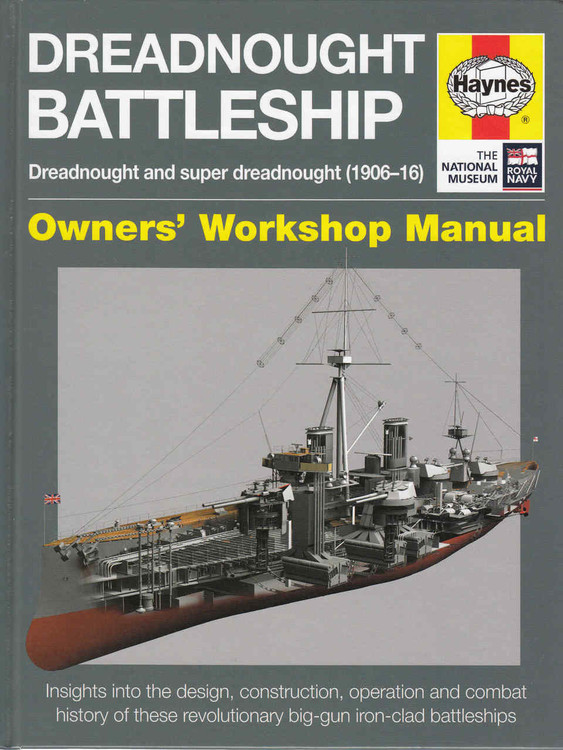 When HMS Dreadnought was commissioned into the Royal Navy in 1906, this revolutionary new 'all-big-gun' warship immediately changed international relations. Powered by steam turbines, heavily armoured and equipped with ten 12in guns mounted in five turrets,

Dreadnought was like no other warship then on the high seas. Many claimed that with Dreadnought's launch, all other battleship types became obsolete.

Such was the shock of Dreadnought that it sparked a frenetic international naval arms race, as world powers sought to emulate and improve on the design, creating the class of ships we know today as the dreadnoughts'.

For the next three decades, dreadnought battleships and their successors, the `super dreadnoughts', dominated the waves, with Germany, the United States, Japan, Russia and other nations vying to build their own all-big-gun warships.

With the full cooperation of the National Museum of the Royal Navy, Chris McNab gives detailed insights into the design, operation and combat history of these incredible vessels.

In a fitting act of commemoration to this great naval age, the book also includes a chapter on the restoration in Belfast of the light cruiser HMS Caroline - the only surviving Jutland veteran.

Illustrated with more than 230 photographs, plans and technical drawings, the Haynes Dreadnought Battleship Manual paints a compelling picture of the dreadnought class - among the most potent vessels ever to sail the oceans.

Chris McNab is an author and editor specialising in military history and military technology. He has published more than 100 books, including the Haynes Kubelwagen/Schwirnmwagen Manual and the RAF Chinook Manual.

He lives in South Wales.

Dream Cars of The Future Since 1950

MSRP:
Now: $129.95
Was:
By: Umberto Allemandi & C . Book Description The history of cars in Torino has developed along two lines. Our region has been mass, producing cars for a century, yet has never stop fuelling...

Dream Garages International - Great Garages And Collections From Around The World

MSRP:
Now: $99.99
Was:
By: Kris Palmer . A garage is a special place—not home, not office, not rec room. It may combine elements of all of these reference points, yet it remains unique. Dreams are born, housed,...

MSRP:
Now: $79.95
Was:
By: Lou Hart, Wallace A. Wyss . See the cars raced by many of the legendary names in drag racing, including Don Prudhomme, Tom McEwen and Jim Dunn. Action shots as well as clear detailed under the...