From the Fells to Ferrari - The Official Biography of Cliff Allison 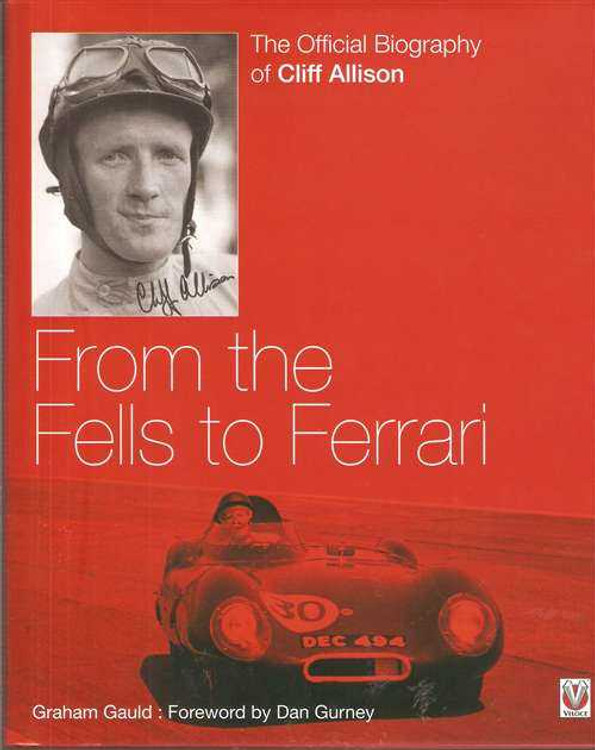 From the Fells to Ferrari - The Official Biography of Cliff Allison

This book is the biography of Cliff Allison who started motor racing over fifty years ago with a little Cooper 500.

Very much a countryman at heart Allison was not one of the party-going racing drivers but a driver with a huge ambition to race in Formula 1. He and Graham Hill competed in the first grand prix race for Colin Chapman’s Lotus team in 1958 and scored the first world championship points for Lotus. He later joined Ferrari and won the Argentine 1000kms sports car race with American co-driver Phil Hill as well as being a member of the Ferrari grand prix team in 1959 and 1960. Cliff Allison can also claim victories in many sports car events including winning the Index of Performance at Le Mans in 1957 with a 750cc Lotus Eleven-Climax.

His retired from racing following an accident whilst driving a Lotus-Climax in practice for the Belgian GP at Spa in 1961.

From Redex To Repco - Gregorys 25 Years of Around Australia Trials

MSRP:
Now: $195.00
Was:
By: Ray Miller, Bruce McCalley . 2nd hand book in very good condition, dust jacket is slightly damaged, see the photo On October 1, 1908, the infant Ford Motor Company, which had been established a...