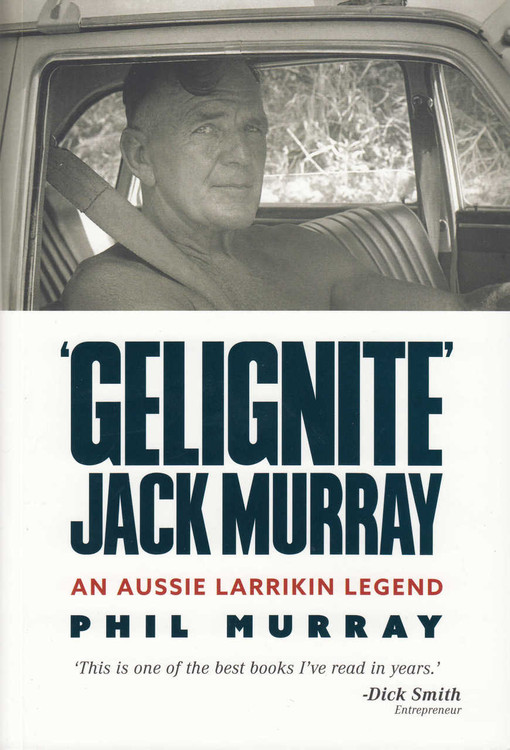 At the mere mention of the name ‘Gelignite’ Jack Murray, any Australian from the Baby Boomer era or older can’t help but to crack a smile. Murray was best known as the rally driver who in 1954 won the REDEX Round Australia Reliability Trial without the loss of a single point; but Jack’s sporting interests and achievements were eclectic and far-ranging. In his own words, at different times throughout his life he was ‘engaged in various sports with various successes’: cycling; VFL schoolboy football; stock car racing; hill climbing motor races; circuit car racing; car endurance events; Australian and NSW Grand Prix racing; international and Australian rally driving; wrestling; boxing; crocodile, kangaroo and buffalo hunting; ocean boat racing and waterskiing—to name most, but not all. Oh yes—Jack even raced a bathtub once, plug in.

Jack Murray died in 1983. Encounters with those who met him, knew him and loved him now grow fewer and fewer, as the years pass and the Reliability Trials of the 1950s drift into Australian history and folklore. Jack’s personal and nonpublic life, showing the man behind the derring-do, has never been fully explored or written about. Here for the first time is Murray’s full story as told by his son Phil Murray. Son of the legendary ‘Gelignite’ Jack Murray, Phil has inherited his father’s genes when it comes to adventure, seeking personal challenges and embracing all life has to offer.

Just as his father did, Phil believes life is best lived following some pretty simple instructions: ‘Don’t take yourself too seriously’. Thus Phil is the perfect person to display to the world a man whom many thought they knew, but who was much more complicated and talented than his racing exploits would lead us to believe.

Dick Johnson - The Autobiography Of A True-Blue Aussie Sporting Legend

MSRP:
Now: $199.95
Was:
By: Murray Walker, Philip Porter . Throughout the English-speaking world, and beyond, one man is an absolute legend in motor racing circles. He is more famous than many of the drivers, and much more...

MSRP:
Now: $69.95
Was:
Author Steve Newman's classic account of the Gallipoli campaign shows the "Then and Now" formula used to maximum effect. Having visited the battlefiels more than once, Steve has put together a...

MSRP:
Now: $32.95
Was:
Seen frankly for the first time from an unbiased Turkish perspective, this book brings to light the gallantry involved by the opposing Turkish troops. The Gallipoli Campaign has never had a...

MSRP:
Now: $59.95
Was:
By: Steve Reyes . There wasn't always a class c ' s for these "funny looking" cars. In the mid 1960s, many of drag racing's fastest drivers were outgrowing the Super Stock and Factory Experimental...

MSRP: $74.95
Now: $39.95
Was:
By: Tony Loxley . Speedway racing has been conducted in Australia for over 100 years, beginning with primitive motorcycle races on roughly laid out oval tracks, or established horse racing and...