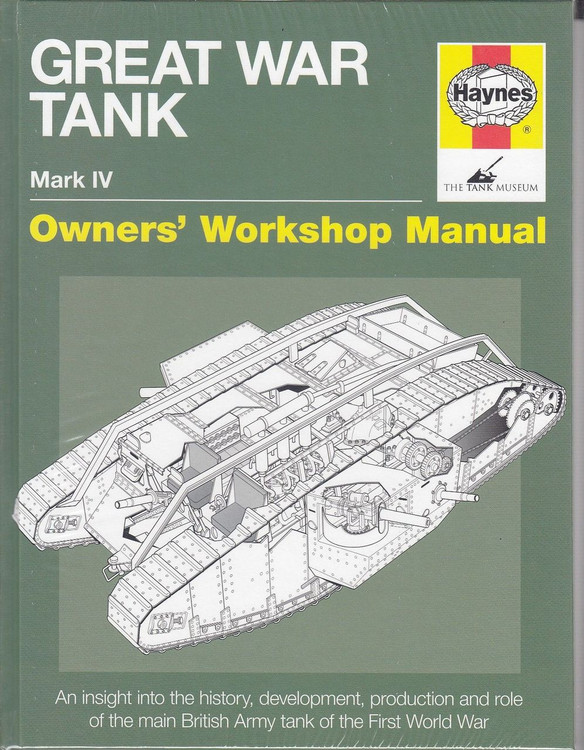 An insight into the history, development, production and role of the main British Army tank of the First World War.

The invention of the tank was one of the great dramas of the First World War. It was a new concept using old ideas, created in a time of urgent need. The tank was developed with a speed that belies the common view of incompetent leadership and resistance to change in the military of the First World War. Tanks were driven straight off the production lines and shipped into active service in the mud of the Western Front and the sands of the Middle East.

Tank construction may have been relatively straightforward, but the sum of its parts meant it was a complex armoured fighting vehicle. Mounting a six-pounder (or 57mm) gun and an array of machine guns, the tank presented a menacing spectacle on the battlefield as it edged forward on metal tracks through mud and wire. However, the guns it carried were often not the vital factor: it was its very presence on the battlefield that mattered most. At Cambrai in 1917 tanks dominated a battle and pointed the way towards the future of the tank as a decisive instrument of war.

Internationally renowned author and tank expert, David Fletcher, sets his sights on the Mark IV Tank and draws a bead on the rich resources of the Tank • Museum's collections, and surviving examples of the Mark IV worldwide. He describes the birth of the tank, its construction and armament, and demonstrates how the Mark IV was driven and operated in combat. David relates the actions on the Western Front and in the Middle East that saw the tank come of age and tells the compelling stories of five surviving Mark IVs. A rich collection of archive and specially commissioned colour photographs, together with many rare and never-before-published drawings, combine with David's authoritative text to offer unique insights into this, the first successful mass-produced tank.

David Fletcher MBE was for 30 years curator, librarian and latterly historian at the Tank Museum until his retirement in 2012. He is a prolific author, and a world expert on tanks. David is the lead author of the Haynes Tiger Tank Manual (2011), In 2012 he was awarded the MBE for his services to the history of armoured warfare. He lives in Dorset.

MSRP:
Now: $49.95
Was:
By: Alfred Price, Paul Blackah . Supermarine Spitfire Introduction The Spitfire is more than just an aeroplane. It is an icon. It is, moreover, an icon that is quintessentially, indubitably and...

MSRP:
Now: $89.99
Was:
By: Phil Ward . In deciding which models to choose for inclusion in this book selected from Fiat's huge inventory, the author concentrated on three criteria – greatness, size and emotion. Where...