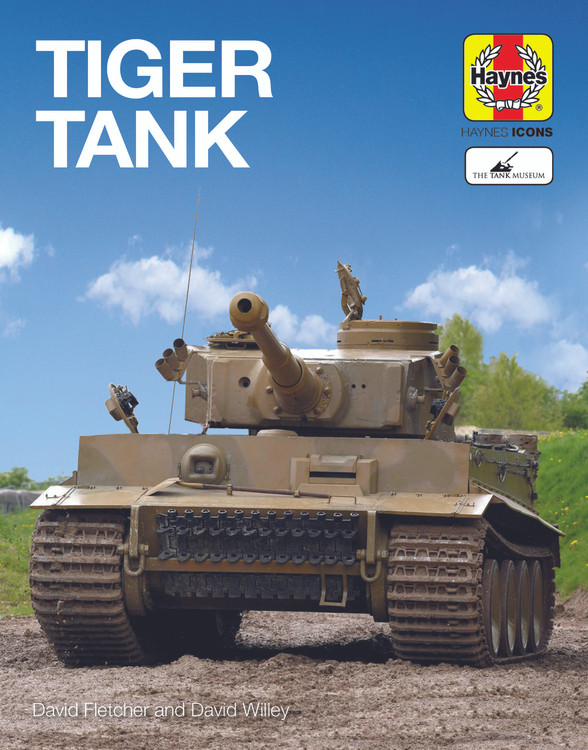 The German Tiger I was the most feared battle tank of the Second World War. Its invincibility lay in its main 8.8cm gun and heavy defensive armour. This book gives a rare insight into acquiring, owning and operating one of these awesome fighting machines, using the UK’s Tank Museum’s Tiger 131 – the only Tiger I in the world that has been restored to full running order., As well as offering unique insights into maintenance and driving the Tiger, the book includes vivid personal recollections from wartime German tank crewmen and reveals what it was like to operate this 57-ton giant in combat., Authors, The book was written by a team of experts from the Tank Museum who were closely involved with the strip-down and rebuild of the Tiger I., David Fletcher is a historian, a prolific author and a world expert on tanks.David Willey is a curatorMike Hayton is workshop manager, Other members of the writing team include volunteers Darren Hayton and Stevan Case, Mike Gibb of the SdKfz Military Vehicle Foundation and David Schofield, a specialist in forensic science., Icon titles were originally published in the classic, larger manual size and have now been produced in a smaller format containing the same information.

MSRP:
Now: $34.95
Was:
1969 onwards (all models) This is one of the new Icon titles from Haynes. Written by two of British Airways' most experienced Concorde flight crew, the Concorde Manual is the latest aircraft...

MSRP:
Now: $34.95
Was:
This is one of the new Icon titles from Haynes. Born in the turbulent opening years of the Second World War the Churchill tank's ability to take punishment and still fight on was as legendary as...

MSRP:
Now: $54.95
Was:
The McLaren MP4/4 is the iconic Honda V6 turbo-powered F1 car built by McLaren for the 1988 grand prix season, driven by Ayrton Senna and Alain Prost. Remarkably, the car won all but one race during...