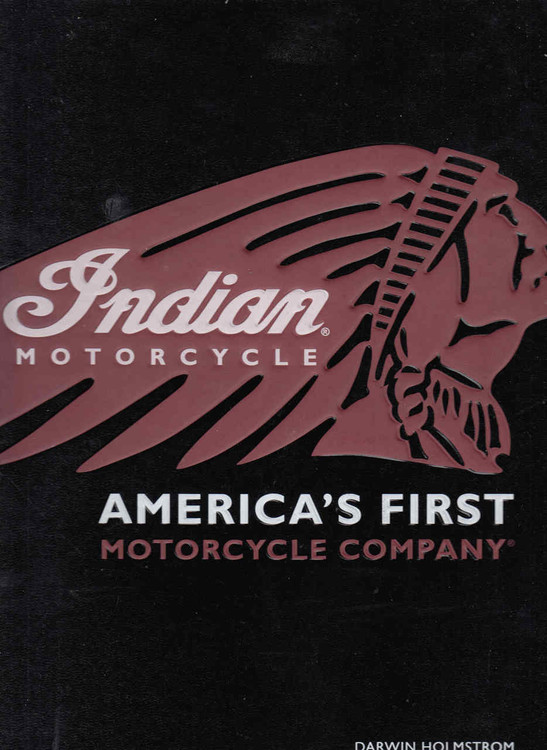 Indian Motorcycle: America's First Motorcycle Company tells the complete story of Indian, America's first mass-produced motorcycle maker, from its start as a bicycle manufacturer to the purchase of the brand by Polaris Industries in 2011 and the subsequent new Indian motorcycles. In the early years of the 20th century, Indian dominated the world's racetracks, earning the brand a worldwide reputation for quality, performance, reliability, and technical innovation, but the once-mighty company fell on hard times and in 1953 was forced to file bankruptcy.

The Indian brand never quite died, though, thanks in large part to fanatically devoted enthusiasts, who tried to resurrect it for over half a century. Finally Polaris, maker of the highly regarded Victory) brand of motorcycles, purchased the brand and released the Chief and Scout, models that once again restored Indian to its rightful place in the motorcycle pantheon.

MSRP:
Now: $99.95
Was:
By: Dave Nichols, Andrea Cambridge, Michael Lichte . A stunt man and side show performer made famous by the Discovery Channel, Indian Larry Desmedt is best remembered for his remarkable custom...

MSRP:
Now: $150.00
Was:
By: Timothy White . This unabridged compact edition of this popular title is a stunning celebration of Larry Desmedt (1949–2004), genius motorcycle builder/artist, daredevil extraordinaire and...

MSRP:
Now: $69.95
Was:
By: Karl Ludvigsen . For the Old World, caught up in the traumas of a bitter conflict, America?s Indianapolis 500-mile race was a New-World beacon of auto-racing speed and excitement during the...