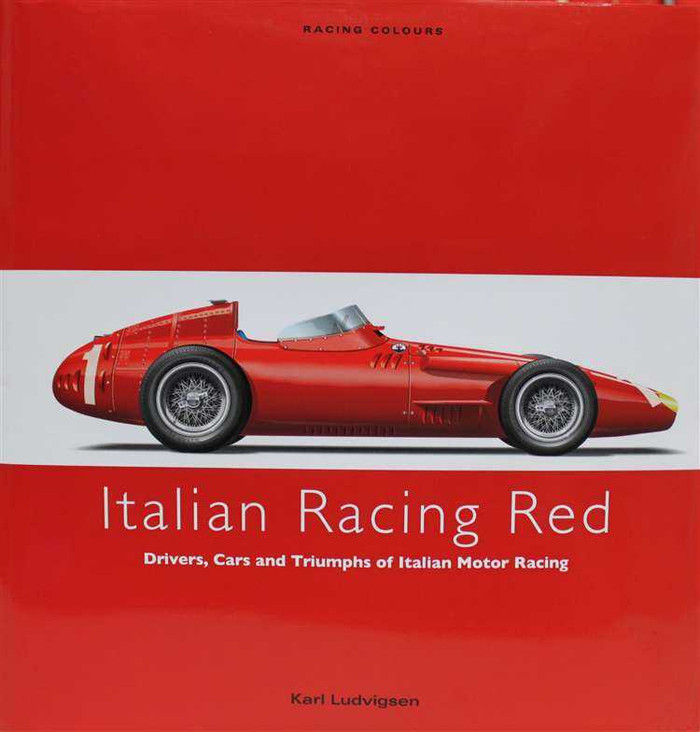 Ferrari is the quintessential bearer of Rosso Corsa - Italian Racing Red - in the 21st century. Rightly so, because Ferrari Grand Prix cars have represented Italy in Formula 1 racing since the World Championship was established in 1950. Ferrari sports cars too have carried the flag with eight victories at Le Mans. But as Karl Ludvigsen explains in his authoritative text there's much more to Italian Racing Red than Ferrari.

In the sport's early years the power to reckon with was Fiat, who also set the pace after World War I.Then a feisty newcomer,Alfa Romeo, carried the Italian flag alongside the Maserati brothers into the I 930s.Two racing drivers, Felice Nazzaro and Vincenzo Lancia, created their own car marques, one of which stormed into prominence in the 1950s. Italian drivers were to the fore with Tazio Nuvolari,Achille Varzi, Nino Farina, Gigi Villoresi and father and son Antonio and Alberto Ascari. Great races were established - the Targa Florio and Mille Miglia - and the iconic circuit at Monza hosted many titanic battles of speed. Shoals of creative specialists competed in smaller classes including Chiribiri,Abarth, Osca, Cisitalia, Nardi, Siata, Stanguellini and Bandini, many of whom backed Gianni Lurani's popular Formula Junior. Maserati, which scored two Indianapolis wins at the end of the 1930s, held epic contests with Ferrari throughout the 1960s.

These colourful contestants come to life in the pages of this volume, with rare images from the world-famous Ludvigsen Library and specially commissioned portraits of key racers.A rare and exciting feast of exotic men and machinery for all motor racing enthusiasts.

MSRP:
Now: $99.95
Was:
By: Mick Walker . Italian Racing Motorcycles is second in the series. Italy has a reputation for style in all things, not least in motorcycles. The first pure-bred Italian motorcycles made their...

MSRP:
Now: $99.95
Was:
By: Karl Ludvigsen . From Lautenschlager, who in 1908 and 1914 won two of the greatest motor races in history, to Schumacher, who almost a century later claimed a record seven Formula I World...

It's Delightful! It's Delovely! Its... DeSoto Automobiles