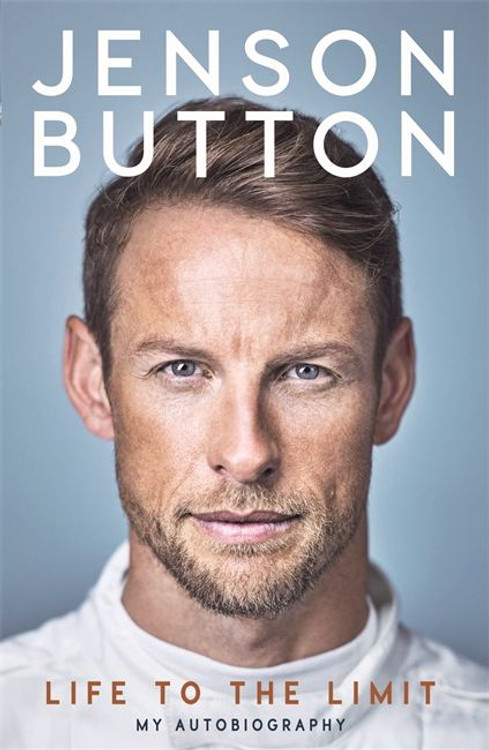 Jenson Button is one of the greatest racing drivers of his generation. His seventeen years in Formula 1 have seen him experience everything the sport has to offer, from nursing underpowered cars around the track to winning World Championships and everything in between.

Here, Jenson tells his full story for the first time in his own honest, intelligent and eloquent style. From growing up as part of a motor-racing-mad family under the guidance of his father, John, to arriving at Williams as a fresh-faced 20 year-old, to being written off by some as a playboy and his fight back to the very pinnacle of his sport. Jenson's World Championship victory for the unsponsored and unfancied Brawn GP team is one of the most extraordinary against-the-odds sports stories of the century.

Jenson's book lifts the lid on the gilded and often hidden world of Formula 1. He reveals his relationships with some of the biggest names in Formula 1- Lewis Hamilton, Michael Schumacher, Fernando Alonso as well some of the most colourful characters like Flavio Briatore, Ron Dennis, Frank Williams and serial winner Ross Brawn. Above all, he puts you right inside the cockpit, in the driving seat, travelling at over 200 miles per hour, battling the fear of death, showing you what happens when it goes wrong at high speed and allowing you to experience the euphoria of crossing the line first.

Life of Spice - The Autobiography of Gordon Spice

MSRP:
Now: $220.00
Was:
By: Gordon Spice . Gordon Spice combined his colourful business life with a 23-year professional driving career. After his Mini successes of the sixties and many Capri victories in the seventies, he...

MSRP: $79.95
Now: $59.95
Was:
By: Jenson Button . From nowhere to the winner's podium: the story of Jenson Button's astonishing domination of the F1 world championship. On 4 December 2008, just a few months before the new season...

MSRP:
Now: $129.95
Was:
By: Derrek Bell, Alan Henry . Description Derek Bell has enjoyed one of the most successful, diverse and wide-ranging careers of any British racing driver. Having honed his burgeoning talent in the...

MSRP:
Now: $59.95
Was:
By: Jerry Heasley . Description Rare, super-high-performance, and historically significant muscle cars and sports cars have been spotted in old garages, resting in pastures, sitting in parking ramps,...

Jensen V8 The Complete Story Of The American-Powered Cars

MSRP:
Now: $120.00
Was:
By: Ken Faught . Winning the AMA 250cc Supercross Championship is the stuff of dreams. It requires speed, strength, consistency, determination, and skill. Winning the championship seven times in...