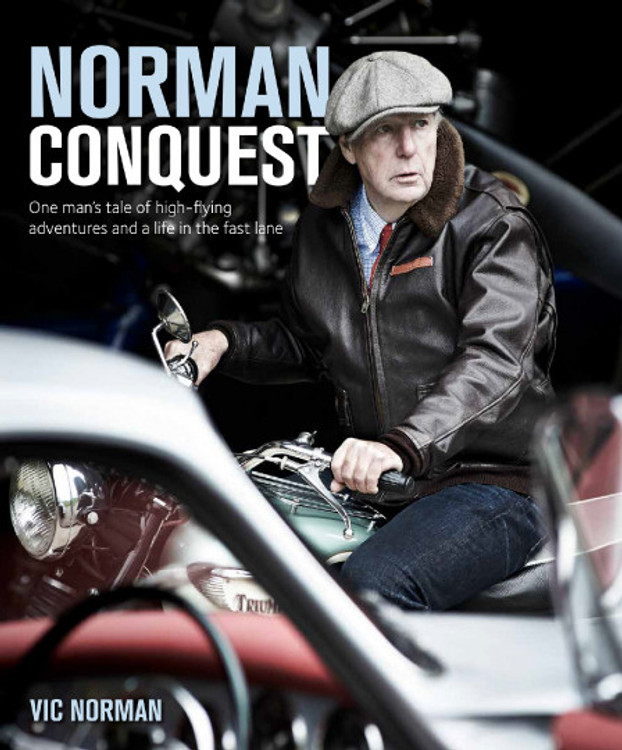 Motoring and aviation enthusiast Vic Norman has led a remarkable life. A trip to the 1954 British Grand Prix left an indelible mark, and he went on to own some of the most coveted road and racing cars of all time. He also founded Rosso Racing, which restored and prepared competition Ferraris, but in the early 1980s his passion for aeroplanes took over and he became one of the UK’s top aerobatic pilots.

Norman Conquest is an honest, entertaining and personal memoir that covers everything from his early life as the son of a successful businessman, to international adventures with his AeroSuperBatics team, and his current work for the RAF Association and 614 Squadron.

Vic Norman started his life-long passion for all things mechanical from an early age, taking the lawnmower to pieces and working out how to get it going again. A go-kart started his love of racing and he went on to own a variety of vintage and modern cars and motorbikes. Vic started flying on his 17 th birthday and has gone on to become one of the UK’s most experienced display pilots. He is a Display Aviation Examiner for the Civil Aviation Authority, an Honorary Air Commodore Royal Air Force Reservist for 614 Squadron Cardiff and Glamorgan and an Ambassador of the Royal Air Force Association. He has been married to Anne for over 50 years and lives in Gloucestershire.

MSRP:
Now: $95.00
Was:
Hardcover, published in 2021, Includes new Z Proto story Nissan Z: 50 Years of Exhilarating Performance is the Nissan-official chronicle of Z history, from Datsun's planning for the new model in the...

MSRP:
Now: $19.95
Was:
Paperback by Rod Ward The Ford Thunderbird was originally conceived as a two-seater sports car, launched in 1955 to compete with the Chevrolet Corvette, but the Ford hierarchy was not thrilled by...