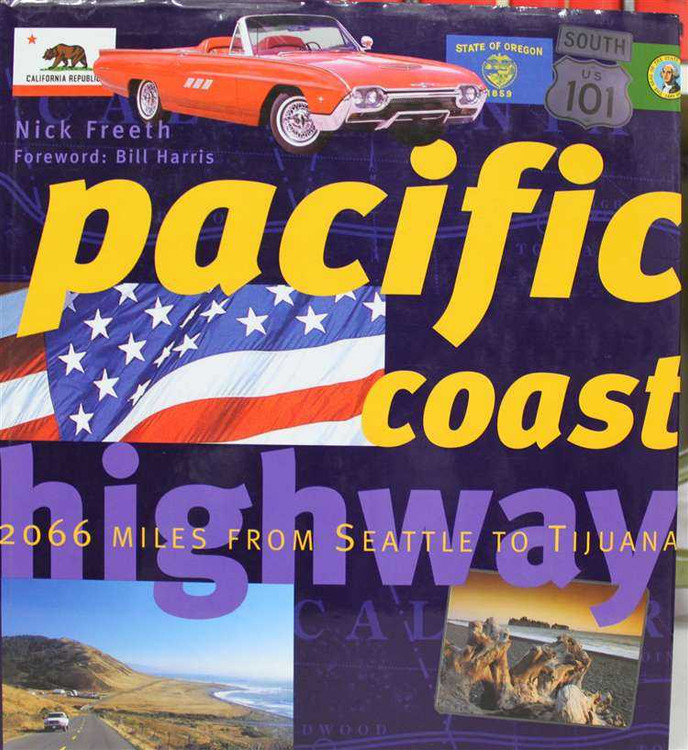 America's Pacific coastline stretches for more than 2,000 richly varied miles - from Cape Flattery in the northwest to the border with Mexico. Nearly all of it is easily accessible by car, and Pacific Coast Highway is designed both as a companion for travelers taking the road south, and an inspiration for those who dream of embarking on this epic journey.

The book provides a mile-by-mile, town-by-town account of the entire route, suggestions for sidetrips and further exploration, and hundreds of outstanding photographs conveying the scenic glories of Washington, Oregon and California.

Author Nick Freeth - whose guide to the 'Mother Road', Route 66, was published by MBI in 2001 - divides the Pacific Coast Highway into seven regions: Washington, Oregon, Northern California, San Francisco and Monterey Bay, Central California, Los Angeles and Southern California. He devotes a chapter to each of them, beginning with an overview of the specific area's geography, climate and notable features, and a short `scene-setting' essay containing historical background and other information. The rest of the chapter offers a detailed description of the route through the region in question; full navigating directions are given, and mileages are shown on an illustrated 'odometer map' at the top of each page. There are also special sections highlighting major landmarks (like Washington's Hoh Rainforest and California's Hearst Castle), and covering more general topics - such as agriculture and wildlife - relating to the entire road. All these are interspersed with quotations from writers and musicians who have been inspired by the highway and its surroundings - including John Steinbeck, Robert Louis Stevenson, Henry Miller, Malvina Reynolds and Sheryl Crow.

The majority of the pictures in the book are the work of photographer Neil Sutherland, who accompanied Nick Freeth on his research trips, and also collaborated with him on MBI's Route 66. These are supplemented by archive material from local historical societies and other sources to create an unrivalled pictorial record of the route. Text and illustrations are carefully designed to complement one other, and to enable the reader to share the pleasures and excitements of the journey; and the Foreword is supplied by an acknowledged authority on the Pacific Coast Highway, writer and journalist Bill Harris.

MSRP:
Now: $99.95
Was:
By: Tim Steil . Running straight up the gut of a nation, Highway 61 begins on  the edge of New Orleans' French Quarter, rolls past Delta cotton fields, and makes a mad dash to Lake Superior's...

MSRP:
Now: $59.95
Was:
By: Larry Davis . In many ways, drag racing spawned the muscle car era of the ‘60s. Super Stock drag racing was huge in the early ‘60s, and the factories encouraged their teams’ success by building...

MSRP:
Now: $300.00
Was:
Author P.C. Vincent, ISBN: 192 pages, Hardback, Published in 2008 To Mark the centenary of Philip Vincent's birth, the Vincent Publishing Company has produced a book that portrays the character...

MSRP:
Now: $99.95
Was:
By: Mark A. Patrick . Few automobiles, past or present, have spawned a more devoted legion of owners and enthusiasts. The name Packard is truly legendary. Packard Motor Cars 1946-1958 Photo Archive...

Packard Story - The Car and the Company

MSRP:
Now: $50.00
Was:
By: Robert E. Turnquist . Published in 1965, acceptable condition. (torn cover - see the image, dedication to previous owner, book itself is in a good condition) Description Today with automobiles...

MSRP:
Now: $299.95
Was:
By: Robert J. Neal . Description The author was first struck with the idea of producing a work devoted solely to the story of the involvement of Packard built power in the performance of various...