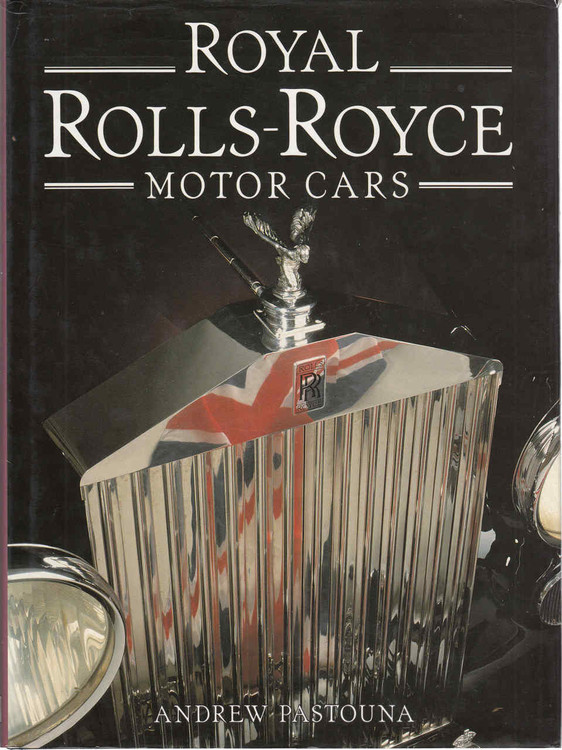 The whole world is familiar with the image of Her Majesty the Queen waving to the crowds from the back of a Rolls-Royce. The Phantoms and Silver Shadows have become an integral part of the ceremony of Royal public engagements. So much so, it comes as something of a surprise to learn that the marque was granted the coveted Royal Warrant only after 50 years of unswerving official Royal patronage of Daimler.

Royal Rolls-Royce Motor Cars charts the steady ascendancy of the company which culminated in the delivery of the first RR State car, the Phantom IV, on April 10, 1952, and permission for the company to display the Royal Coat of Arms three years later. Today, all five principal State cars are Rolls-Royce motor cars.

The history of this Royal patronage is not only one of technical brilliance and superlative craftsmanship — as one would expect from the firm whose name is synonymous with both — but also of ingenious adaptation and personal commitment. Andrew Pastouna provides an absorbing insight into the determination of the coachbuilders, engineers, mechanics, Palace officials, chauffeurs — and of the members of the Royal family themselves — that each car be perfectly adapted for its official duties and enhance the scene of any public Royal engagements.

A decade's painstaking research by the author has uncovered every detail of each car, from chassis number to trim, from foreign tours to mileage; and, naturally, not just the official State cars, but every Rolls-Royce in Royal ownership. (Princess Margaret is the best customer, having owned seven cars.)

How can the engineers and coachbuilders allow the public the best possible view of the Sovereign or her representatives whilst driving to and from engagements, but at the same time retain the integrity of the car's lines, and its strength?

The transparent domes of the `Canberra' Phantom Vs, delivered in 1960 and 1961, were one ingenious solution. A wealth of archive photographs and technical drawings complement Andrew Pastouna's text, to illuminate such fascinating details of the Royal Rolls-Royce story.

Andrew Pastouna is known to millions who have ever listened to British Forces Broadcasting Service.

A broadcaster of distinction, he writes wittily about a wide variety of subjects but this, his first hook, is about his first love — fine motor cars, especially those in Royal service.

He has the rare honour to own cars which have carried heads of state, and is a Rolls-Royce Enthusiasts' Club Concours winner. He is currently restoring a Hooper-bodied Bentley that was a former star of the British International Motor Show.

Rolls-Royce - The Best Car In The World