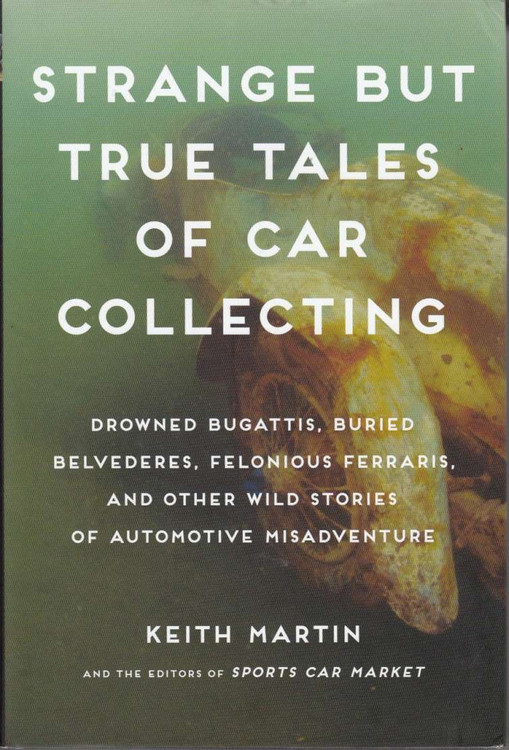 Abandoned Bugattis? Rusty Rolls-Royces? A priceless collection of historic vehicles, rotting in the sun? The horror ... the horror!

But that's what you'll find inside Strange but True Tales of Car Collecting. As many car enthusiasts know, the automotive world is rife with otherworldly stories of intrigue, mystery, chance, redemption, and ruin. The stories collected here are some of the best, culled from those who lived or witnessed them firsthand. They stretch east to west and north to south, stories from deep in America's heartland, all the way to the foggy streets of London and the tropical jungles of Brunei.

Bizarre players? Check. Beautiful cars? Check. Femmes fatales? A few. But there's only one way to find out—open the book, turn the page, and prepare to be amazed!

Keith Martin founded Sports Car Market magazine twenty-five years ago, and it has developed into the authoritative and informed voice of the collector car hobby. As a writer, publisher, television commentator, and enthusiast, Martin's car reviews and
columns on collecting have appeared in the New York Times, and he is the host of the top-rated show What's My Car Worth? on Velocity. He has written two editions of Keith Martin on Collecting, as well as the Keith Martin series on collecting Jaguars, Porsches, Ferraris, Alfa Romeos, and others. He is past chair of the Meguiar's Collector Car Person of the Year Award Committee, sits on the Board of Trustees of the Le Mans Museum, and has served on the faculty of the Collier Museum symposium on Connoisseurship. Martin lives in Oregon with his wife, Wendie, and their children.

Linda Clark is coauthor of six previous car books and former automotive columnist for the Standard-Times in Massachusetts. Her articles have appeared in Auto Week, National Speed Sports News, Old Cars Weekly, and Car Collector. A longtime Chevy collector, today she lives in Iola, Wisconsin, with a vintage Cadillac.

MSRP:
Now: $69.99
Was:
By: Keith Martin . With his magazine Sports Car Market, columns in Autoweek and Automobile, and appearances on television and at major auctions, Keith Martin has established himself as one of today's...

MSRP:
Now: $59.95
Was:
By: Sue Elliott . Description Any custom automotive project begins with making choices. There are choices under the hood, such as which engine will match well with a certain chassis and transmission...

Street Sleepers - The Art of The Deceptively Fast Car