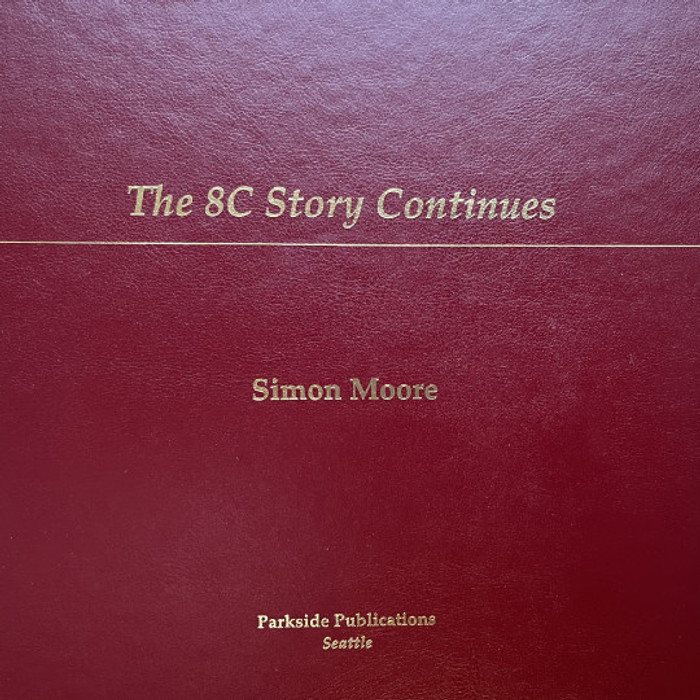 In some ways it seems less than twenty-one years since The Legendary 2.3 appeared but in other ways many more! For example, back in 1999, there was no massive data base of information to access via Google and few people were on email. Almost no-one had their own scanner, so all original photographs had to be sent to a professional pre-press shop in Canada. A different world!

As time passed, Simon received more and more enquiries like “Do you know anything more about chassis number X?” so, after twenty odd years, it was time to do something. A completely new edition was quickly ruled out, so what you have is an update – primarily on 8C2300s but also a little on 8C2900s and even a handful of pages about the Grand Prix cars. You will need to read this Addendum volume in conjunction with the originals which are referred to frequently. It is not a comprehensive book in its own right – it is a reference book to be read with the other books.

MSRP:
Now: $295.00
Was:
By: Jeremy Walton . Every fascinating stage of the development of the Elise, Lotus Type 111, is explored in this fully comprehensive, revised edition of LOTUS ELISE: THE OFFICIAL STORY, titled LOTUS...

MSRP:
Now: $900.00
Was:
3 volumes in Slipcase, published in 2000, like new condition The Legendary 2.3 has something for all car enthusiasts: racing fans, admirers of coachwork design, history buffs. The book will also...

MSRP:
Now: $1,200.00
Was:
50 years of myth, 65 chassis of Porsche 917 analyzed by Laurent Gauvin, to know the smallest technical and historical details, supplemented by each list of results which have been thoroughly...

MSRP:
Now: $850.00
Was:
2nd hand book in excellent condition. Limited to 300 numbered copies of Klemantaski Himself, signed by the author, together with a limited edition of numbered and signed copies of a portfolio...

MSRP:
Now: $130.00
Was:
Celebrating fifty seasons of the most spectacular motorsport, the World Rally Championship marries state-of-the-art technology with endurance and speed in a battle against both the clock and the...

MSRP:
Now: $900.00
Was:
3 volumes in Slipcase, published in 2000, like new condition The Legendary 2.3 has something for all car enthusiasts: racing fans, admirers of coachwork design, history buffs. The book will also...

MSRP:
Now: $285.00
Was:
Calling the Porsche 550 Spyder a legend is like describing Walter Röhrl as a reasonable rally driver: an understatement, to put it mildly. In 1953 Porsche began to build cars especially designed...

Fifty Years of Formula 1 World Championship: In the Words of Those Who Were There (Geoff Tibballs)

MSRP:
Now: $50.00
Was:
Fifty Years of Formula 1 World Championship: In the Words of Those Who Were There (Geoff Tibballs) - 2nd hand book in very good condition.