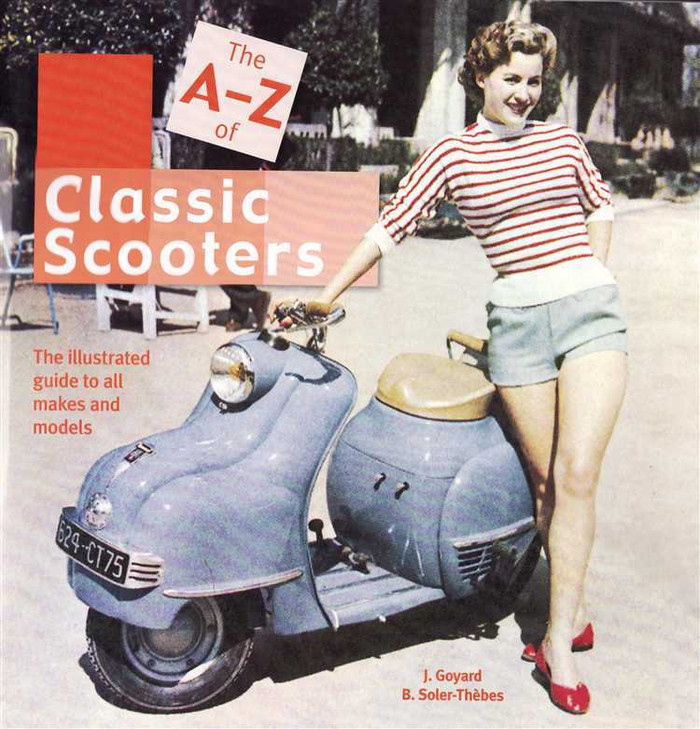 The scooter, launched in stylish but impoverished post-war Italy as 'a small car on two wheels', has had an exuberant career that still continues to this day. Versatile and relatively cheap to produce, they are still regarded as a trendy means of getting around, but have also been turned to an extraordinarily wide range of other uses, from the utility Macquet with built-in trailer for carrying commercial goods, to the warlike TAP 56 armed with cannons and munitions.

Scooters have starred in many films. They are the trackside transport of choice for motorcycle champion Valentino Rossi, but also have a sporting pedigree in their own right. Georges Monneret crossed the Channel with a Vespa mounted on floats and, among many other adventurous journeys made on a scooter, rode his Lambretta from Paris to Tibet. Lambretta, Rumi, P.P. Roussey and Sterva have competed in the Bol d'Or endurance race.

This fascinating book, a glorious celebration of classic scooters, details more than 300 marques and models. Household names such as BSA, Harley-Davidson, Honda, Kawasaki, Triumph and Yamaha – normally associated with mainstream motorcycles – have all produced scooters, but the book pays equal attention to the obscure manufacturers who would not have been heard of beyond their home town but for the huge and affectionate following that scooters have inspired globally.

The informative text is illustrated with a feast of historic and modern photographs, film posters, advertisements, publicity shots and technical diagrams, many in colour.

MSRP:
Now: $59.95
Was:
By: Bob Woods . The Scooter Book is every scooter owners hit-the-road manual, plus your ticket to discovering if the super-hot "scooter life" is for you! Long popular among the stylish European set,...

MSRP:
Now: $169.95
Was:
Author: Sergio Limone & Luca Gastaldi, Paperback, Published in 2017, 404 pages This book is a collection of notes dedicated to all those who helped the engineer Sergio Limone to "play with...

MSRP:
Now: $79.95
Was:
By: Robert Bamford . At last - speedway has its own annual publication! The Tempus Speedway Yearbook captures all the shale action of the past twelve months and presents it in a readily accessible...