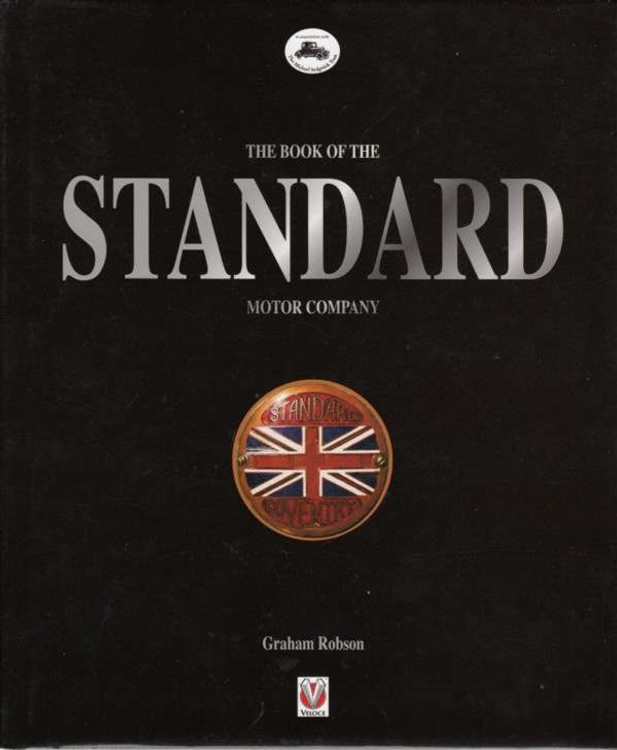 In terms of British motoring history, an account of the birth, evolution and — finally — the death of Standard is long overdue. In Coventry, not only was Standard one of the most important motoring pioneers, it also eventually became one of the largest employers in the city. From the 1930s to the 1970s, indeed, the only rival of a similar size in Coventry was the Rootes Group (Hillman, Humber, Singer and Sunbeam), though Jaguar gained much of the publicity. Standard, along with Triumph, which it absorbed in 1944, was the most important of all these enterprises.

Now, with the motor industry all but dead in Coventry, and since the big factories have been demolished, the story of this ambitious enterprise ought to be told. Standard, like other businesses in the city, is a classic study of the way the British love affair with cars was born, waxed, stumbled, waned, and then finally disappeared. First there was individual enterprise, then hopeful (and under-financed) expansion. Next came a flirtation with financial disaster, rebuilding under the control of one visionary, vast expansion on the back of government contracts, and — finally — a descent towards financial oblivion.
Standard cars were built in the UK from 1903 to 1963, assembled in several overseas nations after 1945, and ended their days in India in 1987. Along the way, millions of customers bought machines as humble as the Little Nine of the late 1920s, as ruggedly successful as the Vanguards of the 1940s and 1950s, and of course as flamboyant and charismatic as the Triumph-badged sports cars of the postwar years.

But there was more — much more — and this is where no previous look at the company has ever done more than scratched the surface. Without the decision to build a new factory in 1916 to manufacture World War One fighters, then build hugely successful fighter-bombers (such as the Mosquito and Beaufighter) in the 1940s, along with the massive radial aero engines to match, there would not have been a post-World War Two company with such potential.

But there was more. After the war came the takeover and rescue of the much-respected Triumph motor car brand, the enormous Ferguson tractor-building project, and a short-lived excursion into the production of ultra-powerful jet aero engines. But it wasn't all good news, as the terrifying financial descent of 1960, into near-bankruptcy confirms. Say what you will about Leyland Motors, and its approach to motor car marketing (and, yes, many have done so in the past), but without its aid the Standard story would probably have ended, there and then.

Looking back, indeed, it's possible to see that Standard operated in four genuinely separate periods. First there was the setting up of a business by its founder 'Dick' Maudslay, second there was the revitalising period of 1929 to 1954 under John (later Sir John) Black, third was the exhilarating 'dash for growth' under Alick Dick, and finally (from 1961) there was the wind-up period when Leyland rescued the business, when Triumph came to dominate, and when Standard finally disappeared.

As any author and researcher will understand, when writing this book I found it difficult to compress all the information into a sensible, readable, package. In particular, I have had to restrict the coverage I gave to the 'Triumph' side of the operation, which became progressively more important as the 1950s and 1960s evolved. In addition, I have had to lay out much of the financial history involved, which means that at times I have had to be selective about some of the cars themselves.

All in all, though, my research through the annals of one of the most important of all British carmakers has been a fascinating journey, which tells us much about the company, about Coventry, and about the age in which it lived I think I'm right in suggesting that it could never happen again.

A History Of The Ford Motor Company In Australia (Paperback Edition)

The Book of the Classic MV Agusta Fours

MSRP:
Now: $149.95
Was:
By: Ian Falloon . Description MV Agusta's classic four-cylinder dominated Grand Prix racing for a decade from 1956. When it was replaced by the new triple in 1966, Count Agusta decided to make...

MSRP:
Now: $199.00
Was: $299.00
Its perfect synthesis of technology and design has made BMW one of the most influential brands in the world. This compelling illustrated volume gives the readers privileged insight into the unique...

The Boss - The Brett Stevens Story

MSRP:
Now: $29.95
Was:
By: Jon Van Daal . ‘THE BOSS – The Brett Stevens Story’ was written by veteran drag racing photo-journalist Jon Van Daal after he spent the best part of a year following Brett and...

MSRP:
Now: $395.00
Was:
By: Carlos Eduardo Jalife-Villalon . Youth, glamour, and blinding speed made Pedro and Ricardo Rodríguez national heroes in their native Mexico and instant legends in the world of motorsports...