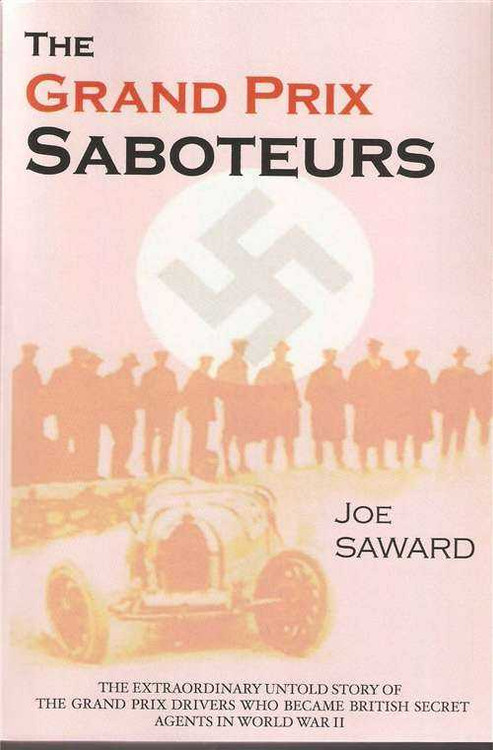 "W Williams" was always a mysterious figure. The winner of the first Monaco Grand Prix in 1929 and the most successful British racing drier of the 1920s, he was an enigma even to those who raced against him. After retiring from the sport. he spent the 1930s as a gentleman of leisure, splitting his time between Paris and the French Riviera. In 1940 he joined the British Army as a humble private soldier in the Royal Army Service Corps. Spotted by the Special Operations Executive (SOE). he was trained as a secret agent and parachuted into German-occupied France, his mission to establish a sabotage network in Paris. He turned to an old friend and rival Robert Benoist, France's top racing driver of the 1920s, a multiple Grand Prix winner and victor of the Le Mans 24 Flours, who had gone on to become head of Bugatti's competition department. Together they formed the most extraordinary resistance network of the war.

Based on 18 years of complex research, this remarkable book dazzles with swashbuckling escapes, shocking betrayals and a story you will never forget.

The Grand Prix Saboteurs is a fascinating and long overdue insight into an underwritten era of motorsport history. Saward's unflinching forensic investigation into a complex true story that is a combination of sporting endeavour and world conflict, puts flesh on the bones of long departed ghosts from racing's past and rattles along with all the drama and pace of a John Le Carre thriller."
- David Tremayne, The Independent, London

"The Grand Prix Saboteurs is an intriguing story of bravery and human endurance played out against the glamorous background of international motor racing and the clandestine world of wartime espionage. Joe Saward has cleverly knitted these two strands together and the result is a singularly absorbing volume."
- Alan Henry, motor racing correspondent, The Guardian, London

"Joe Saward's painstaking research has revealed a fascinating story never told before. This book covers not just the scantily documented motor sport of the era but the intriguing political backdrop that affected the wider world."
- Maurice Hamilton, motor sport correspondent, The Observer, London

MSRP:
Now: $275.00
Was:
By: Kevin Cameron . This is the story of how top-class racing motorcycles have evolved, year by year, from the beginning of the FIM World Championships in 1949 to the present. Each year's...

MSRP:
Now: $59.95
Was:
By: Brooklands Books . This Muscle Portfolio collects expert views on how the powerful American muscle cars, produced between 1966 and 1970, performed against each other. Chevrolet's Chevelle,...