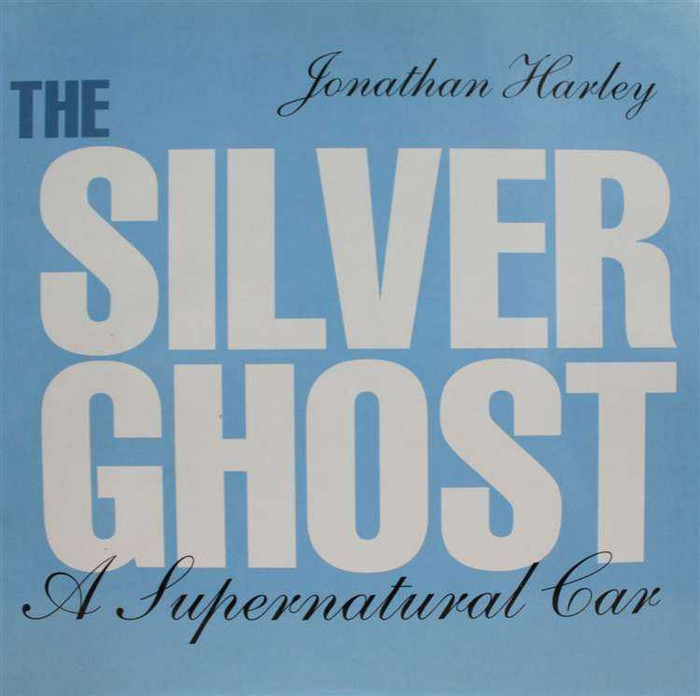 To say that Jonathan Harley knows his subject inside out is no exaggeration; in the past four decades he has restored over one hundred Rolls-Royce Silver Ghosts, frequently resurrecting them from little more than a pile of scrap or a long-abandoned chassis. He knows every nut and bolt of these magnificent vehicles, an intimate knowledge that was put to good use in identifying, sometimes only by bolt design or the position of a hole in a crossmember, exactly which chassis he was working on, settling disputes over authenticity which had reverberated for years.

But in this fascinating and entertaining book, he also gives us a wider picture of the car that was dubbed 'the best in the world'; how it came about, why it looked as it did, how it compared to its contemporaries, and how people viewed it, both a hundred years ago and today.

The Silver Ghost: A Supernatural Car is a personal recollection of the car restoration business from its infancy, working on the exciting `barn finds' of forgotten vehicles bought for scrap value, which would later command dizzy sums at auction.

Jonathan also introduces us to the numerous larger-than-life personalities he met along the way, and the adventures they brought in their wake – bizarre, exotic, frequently amusing, and occasionally life-threatening. Many rarely-seen and unpublished pictures are included, spanning the century of a car whose engineering brilliance made the experience of driving truly `supernatural'.

The Book of the Silver Ghost (Kenneth Ullyett) - Paperback Edn. 1963

Silver Ghosts Of Australia And New Zealand (Number 227 of 350)

MSRP:
Now: $59.99
Was:
By: Peter Hunn . Its common for homeowners to have 2- or 4-cyclinder small engines in their lawn and garden equipment, utility vehicles, recreational vehicles, generators and other machines. With...

MSRP:
Now: $250.00
Was:
By: Simon Taylor . Shelsley Walsh Hillclimb is the oldest motorsport event in the world. This very British contest was started by the Midland Automobile Club in 1905, when only wealthy gentlemen had...

MSRP:
Now: $99.95
Was:
By: Art Evans . Description The Shelby American Story is about the decade of the sixties. Carroll Shelby is world-renowned for developing the Shelby Cobras and Mustangs as well as the Ford GT...

MSRP:
Now: $29.99
Was:
By: George Mowat - Brown . For over a century, no marque more accurately charted the triumphs and tribulations of the British motor-manufacturing industry than Rover. George Mowat-Brown traces the...

The Smithsonian Collection Of Automobiles And Motorcycles