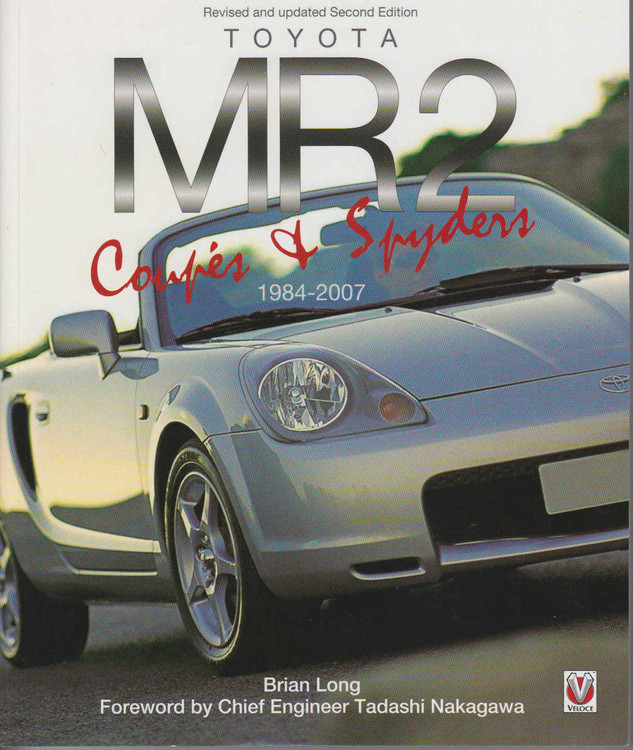 The MR2 - the first mid-engined production car from Japan - ranks in importance with the Toyota 2000GT, Datsun 240Z and Mazda's RX-7 and MX-5 as a landmark model.

The MR2 started with the 1983 Tokyo Show SV-3 concept car and, by mid 1984, the first production models were filtering into Japanese showrooms. An Instant hit, demand for the MR2 quickly outstripped supply and, from the early part of 1985, this success story was repeated in export markets.

The T-bar roof option made its appearance in 1987, together with a supercharged engine for Japanese buyers (later available to American buyers too).

The 1995 Tokyo Show saw the debut of the MRJ - leading many to assume it was the latest in the MR breed. However, it was the MR-S concept car of 1997 vintage that was destined to provide the basis for the next production model. This lightweight open roadster was eventually launched (as the MRS) in Japan at the end of 1999, making its way into European and American export markets, badged respectively as the MR2 Roadster and MR2 Spyder, shortly after.

Here, with much input from the people involved, is the chronicle of the Toyota MR2 sportscar, including the extraordinary stories behind its development and international success.

MSRP:
Now: $150.00
Was:
By: Dave Emanuel . HPBooks' bestselling Small-Block Chevy Performance has been completely revised and updated with new information on power-producing parts, tips and techniques, including a new...

MSRP:
Now: $39.95
Was:
Dubbed a 'Ferrari lookalike' by many, the re-designed MR2 had grown bigger and heavier under its smoother skin but still had the driver enjoyment formula. Faster than before, further improvements...

MSRP:
Now: $39.95
Was:
Fun replaced functionality as Toyota totally transformed its corporate image with the introduction of the MR2 sports car. Providing performance and ultra-precise handling, the mid-engined...