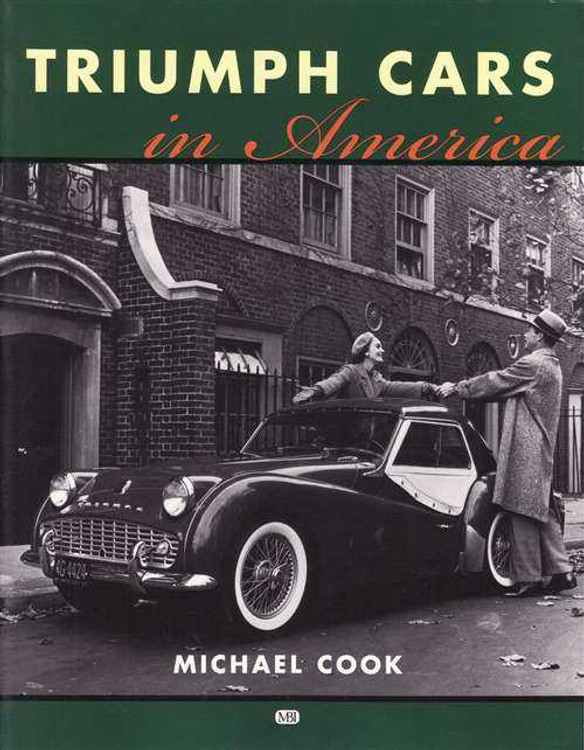 Triumphs, along with Jaguars and MGs, are the quintessential British sports cars. But the truth is that Triumphs had their greatest impact in the United States. Still recovering from the effects of World War II, few people in Britain could afford these cars.

While MG is generally credited with creating the craze for convertible-top sports cars, thanks to returning American servicemen after World War II and their newly purchased treasures, it was Triumph that gave the craze its biggest push. By 1958, Triumph was the fastest-growing marque in the sports car field. And, for a time, Triumph was the largest seller of such models in the United States.

Triumph Cars in America is a remarkably detailed and personal journal of the rise and fall of Triumph automobile sales in America. This is one man's story of a relatively small British company establishing its place in the huge American market, the changes in corporate leadership and merger with British Leyland, of dealing with ever-increasing U.S.-government regulations, and of the upheavals in the British car industry. Included are more than 150 contemporary and archival photographs as well as period advertising.

Triumph Cars in America is a must for not only all Triumph enthusiasts, but for lovers of all British automobiles.

Triumph Cars The Complete Story - From Tri-Car To Acclaim

Triumph Cars The Complete Story - From Tri-Car To Acclaim

MSRP:
Now: $59.95
Was:
By: Brooklands Books . Description The Bonneville was one of the most iconic names in the history of motorcycling - so its successor had to be right first time. It was - and carried on...