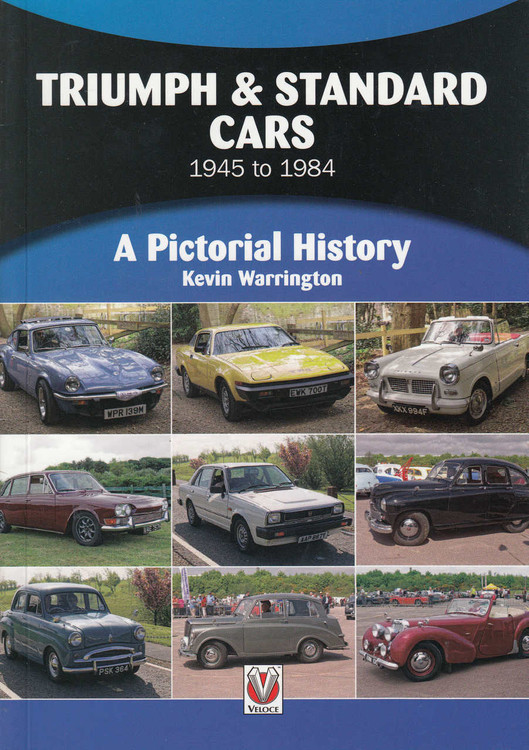 In full colour and with comprehensive technical detail, each model of car and light commercial produced and sold under the Standard and Triumph brands between 1945 and 1984 is illustrated and described in this new pictorial history. With crisp styling and solid mechanicals, these cars are fondly remembered by all enthusiasts.

Two companies with established pedigrees were brought together in 1945 by Sir John Black, then Chairman of the Standard Motor Company, to form Standard-Triumph International. The inspired use of the Triumph brand, initially on a conventionally designed saloon, and then on a world beating range of sports cars that immediately gained success in competition, created a strong desire for the brand amongst enthusiastic motorists who appreciated its style and engineering. Changing use of language led to the Standard name being discontinued, with all models subsequently sold as Triumphs.

This book looks at every model produced by the company from 1945 until the end of production in 1984 with the Triumph Acclaim; a car sometimes derided by purists, but the car that paved the way for co-operation between the remains of the former British Leyland behemoth and Honda of Japan. Each model is fully illustrated, and described with comprehensive technical detail.

This Was Trucking - A Pictorial History...

MSRP:
Now: $120.00
Was:
Author: Zec Enault, Michael Levivier, Hardcover, published in November 2017, 240 pages This is the full story of Triumph one of the most iconic motorcycle manufacturers in the world. With...

MSRP:
Now: $89.95
Was:
By: Timothy Remus . It started with the Speed Twin in 1938 and went on until 1983. During that time the Triumph Motorcycle Company produced everything from singles to triples, but mostly they...

MSRP:
Now: $29.95
Was:
Features • Step-by-step guide to help choose the right car for you • Written by an experienced owner enthusiast • Detailed and illustrated coverage of sample cars • Bodywork,...