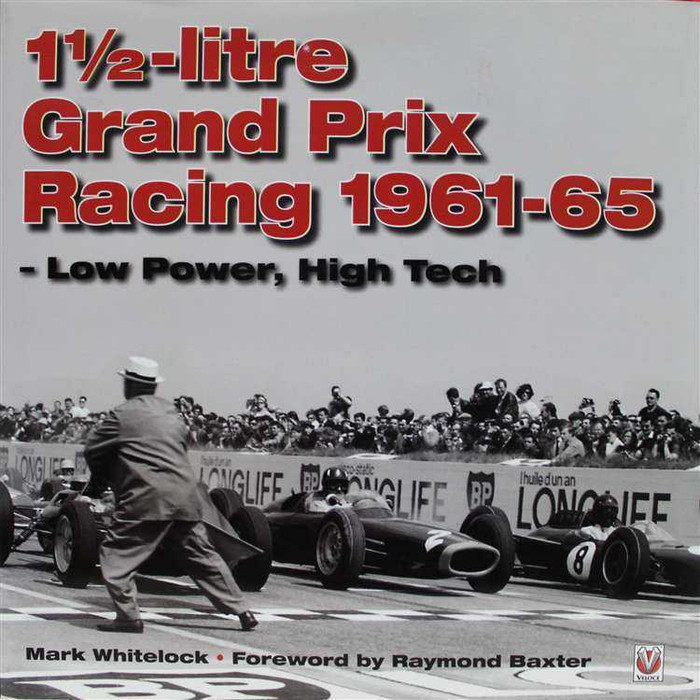 This is the story of a Grand Prix formula that no British constructor wanted, but which, ironically, became one that they would almost totally dominate ...

The 11/2-litre GP era is often largely overlooked due to a common, if unfounded, perception that the cars were underpowered and hence unspectacular in relation to their forebears and successors. Such a perception ignores the tremendously significant and far-reaching technical developments that took place during the formula's currency: developments such as monocoque chassis construction, now taken for granted in F1.

This influential period of Grand Prix racing saw the career of Stirling Moss come to a premature end amongst the tangled wreckage of his car and, in his absence, the rise to prominence of a new breed of British drivers in Jim Clark, Graham Hill and John Surtees.

The result of many years of diligent research, this unique book paints the complete picture of the 11/2-litre Grand Prix racing years, featuring the twenty-one marques and the one-hundred and-one drivers that took part in one, or more, of the forty-six GPs run between 1961 and 1965.

Sadly, many of these marques and the majority of the drivers made little, or no, impact, yet their contributions, just like those of the prime movers, deserve to be remembered and recorded for posterity.

MSRP:
Now: $69.95
Was:
By: Peter Stevenson . Caught In the Maelstrom of the Third Reich. Grand Prix racing in the late 1920s through the early 1930s was "owned" by the powerful, state-backed Italian teams with drivers...

1 The Movie (Formula One) Blu-ray