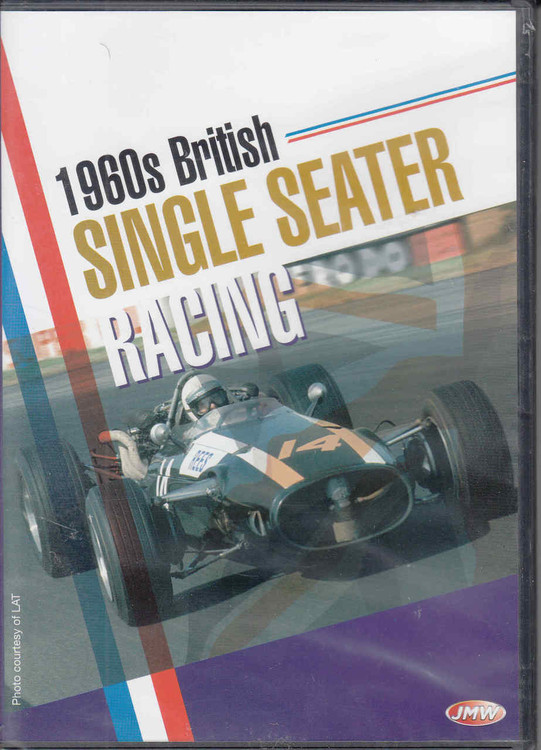 The 1960s was the decade that Britain ruled the world in single seater motor racing. Legendary constructors and car designers combined with all-time-great drivers to create an unforgettable decade on the race-track. During that dream decade, British cars like Lotus, Cooper and BRM were driven to devastating effect by star drivers such as Stirling Moss, Graham Hill, Jim Clark and John Surtees.

These legendary names raced regularly at such homely circuits as Brands Hatch, Crystal Palace and Bolton Park up against the very best that the rest of the world had to offer; whether it be rival, big-name constructors like Honda or Ferrari or ace overseas drivers such as Jack Brabham, Jochen Rindt and Lorenzo Bandini.

Talented film-maker David Roscoe captured all the exciting action on film, which has now been remastered for this exclusive DVD. So, re-live the era in which sex was safe and motor-racing was dangerous on this not-to-hemissed colour compilation; covering single seater racing from the Sixties of every description, from Formula Junior to Formula 1.

MSRP:
Now: $295.00
Was:
By: John Starkey, Esa Illoinen, Ken Wells . The illustrated record of all Lola cars from 1978 to 1997. The knowledge of three experts pooled to provide full detail on all the different types of Lola...

Motorcycle GP Racing in the 1960s

1967 Chris Amon, Scuderia Ferrari and a Year of Living Dangerously