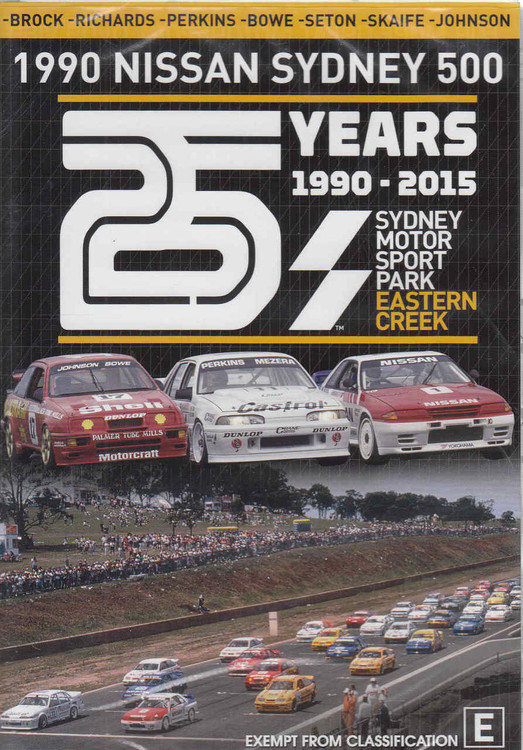 The 1990 Nissan 500 was the very first major motor race held at Eastern Creek International Raceway and, for the very first time to celebrate the 25th anniversary of the event, this Group A touring car classic has been released for all to enjoy.

Dug from the Nine's Wide World of Sport archives, this 500-kilometre race featured nearly all of the stars of Australian touring car racing — from the new Nissan GT-R to the turbo Sierras of Peter Brock and Dick Johnson and the V8 Commodores headed by eventual winner Larry Perkins. Constituting round three of that year's Australian Endurance Championship, the Nissan 500 was the start ofa quarter of a century of history at the venue now known as Sydney Motorsport Park.

Televised on a Saturday afternoon and with commentary from Darrell Eastlake, Murray Walker and 1990 Bathurst winner Win Percy, this race featured a gripping final few Laps with victory going to Perkins and Tomas Mezera in a tight finish with the Shell Sierra of Johnson and John Bowe. This is one release all Australian touring car fans will really enjoy to celebrate a special milestone for one of the country's top motorsport venues.