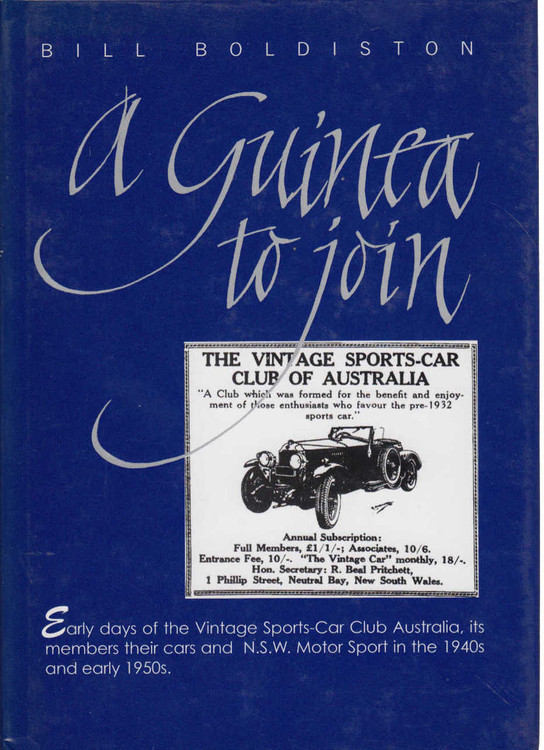 Starting with the intention to record just the early days of the Vintage Sports Car Club, this book branches out to include the whole of NSW Motor Sport in the late 1940s and early 1950s.

Stories including Foleys Hill, Mt Druitt and Bathurst are covered as well as details of some of the more unusual traffic in the city of Sydney within the period.

The stories are told with accuracy and humour providing any reader with an interest in old cars and motor sports some good yarns and a few laughs.

Bill Boldiston was born in Melbourne in September 1929. Later, his family moved to Sydney to lease and operate a series of inner city hotels, beginning with 'The Grand' in Hunter Street and ending with 'The Surrey' in King Street, 1947.

MSRP:
Now: $165.00
Was:
By: Michael keyser, Jonathan Williams . A FRENCH KISS WITH DEATH - Steve McQueen and the Making of Le Mans — The Man, The Race, The Cars, The Movie, examines, in text and photographs, the life...

A History Of Progress - A Chronicle Of The Audi AG Company