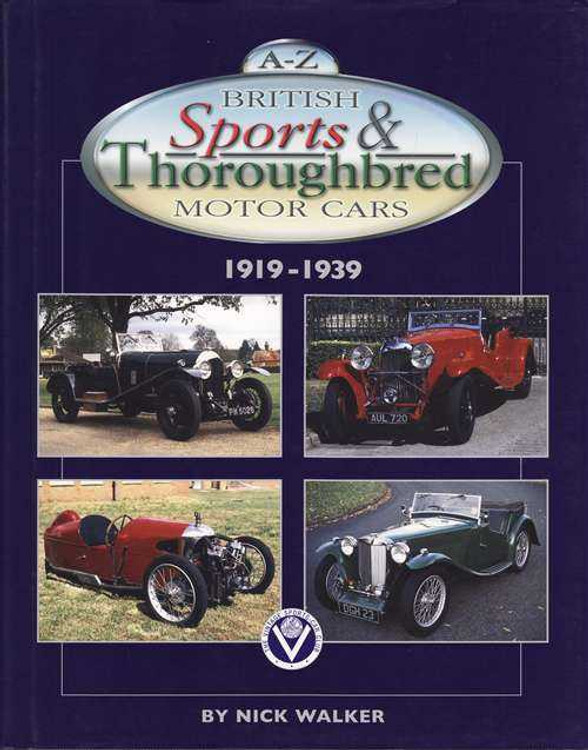 The sports car has always held a warm place in the hearts of British motorists, and even more in the two decades between the wars than now. In those days motoring was still an exciting experience — very exciting for those who had just acquired their first car. And doubly so for those young men — and it was usually men — whose first car was a sports car, be it a gleaming new MG or a third-hand GN.

An open sports car was a natural progression from horse-riding, which explains why drivers in those days were prepared to tolerate many fewer creature comforts than we would today. Heaters had yet to be invented, wind-up windows were just so much extra weight. Of course as the years went on attitudes softened, and by the end of the thirties the sports car had in many cases changed its character to become more of a sports- tourer or — hence this book's title — a "thoroughbred", appealing to an older and more affluent buyer.

This book gives encyclopaedic coverage of all British sports and thoroughbred cars made in that 20-year period. More than 250 models are dealt with, illustrated by some 400 archive photographs. There is a short history of each marque, then each model is given a full description and specification together with commentary on its place in the motoring scene. Some — Aston Martin, Jaguar, Morgan — are still household names, but many others have fallen by the wayside.

The Restoration of Vintage and Thoroughbred Cars

A Twist Of The Wrist II (Keith Code)

MSRP:
Now: $69.95
Was:
By: Keith Code . The book A Twist of the Wrist, Vol. 2 uncovers and traces, action by action, the direct links between man and machine. Keith Code has trained more riders than anyone in the world...

A Source Book Of Racing And Sports Cars (G.N. Georgano)