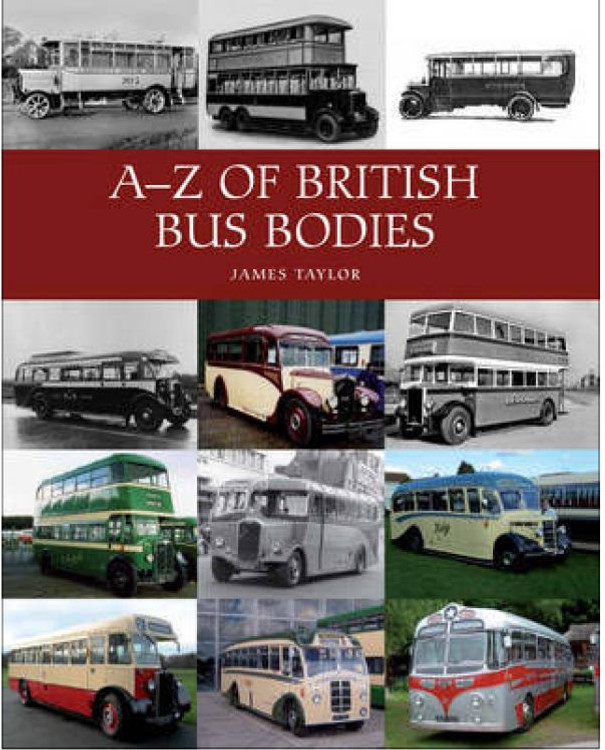 A-Z of British Bus Bodies sets out to offer a first port of call for anyone with an interest in those who built bus and coach bodies in Britain and Ireland between 1919 and 1975. From charabanc to service bus, from luxury coach to municipal double-decker, the sheer variety of public service vehicle (PSV) bodies is astonishing.

James Taylor has been researching ands writing about motoring history since the late 1970s, and has written widely in the motoring press in the UK and abroad, as well as authoring more than 100 books, many of them for Crowood. He has been interested in classic buses since childhood, and this is his third book on the subject.

MSRP:
Now: $49.95
Was:
By: Andrew Morgan . Description The Routemaster is the well-loved red double-decker bus that has served Londoners for over half a century, instantly recognisable around the world as an icon of London...

MSRP:
Now: $79.99
Was:
By: Rinsey Mills . As Britain emerged form the Second World War in 1945 her motor industry was still geared up to produce the quantities of vehicles, especially commercials, required in wartime. With...

A Twist Of The Wrist II (Keith Code)

MSRP:
Now: $69.95
Was:
By: Keith Code . The book A Twist of the Wrist, Vol. 2 uncovers and traces, action by action, the direct links between man and machine. Keith Code has trained more riders than anyone in the world...

A Twist Of The Wrist (Keith Code) DVD

MSRP: $125.00
Now: $49.95
Was:
By: Nick Walker . The sports car has always held a warm place in the hearts of British motorists, and even more in the two decades between the wars than now. In those days motoring was still an...