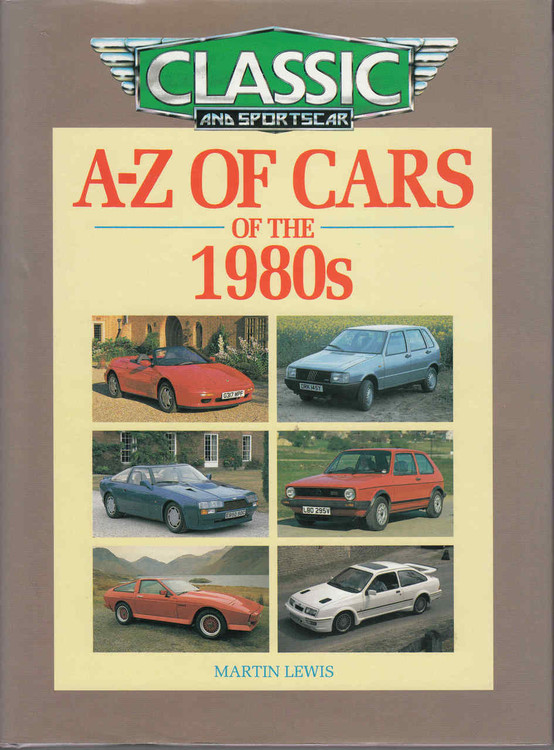 Every model of car available in Britain during the 1980s, from AC to Zastava, is individually dealt with in this book, whether it be British, American, European, Eastern Bloc, Asian, Japanese or Australian.

The 1980s saw the true acceptance of Japanese cars in world markets. Also during this decade, the 'hot hatch' took the place of the open sports car and green issues began to influence car design. Another phenomenon of the period was the rise of the off-roader from farm hack to high street fashion accessory.

As a writer on Autocar and What Car?, Martin Lewis drove or wrote the roadtests for the majority of cars in this book, enabling him to provide a uniquely informed survey of them.

Each entry contains information on production numbers and datcs, a specification, notes on recognition features, details of body types available, performance figures, and a description. Over 600 models are included, and every one of the entries is illustrated.

The A-Z of Cars of the 1980s brings Bay View Books A-Z series up to date; it now spans a period of nearly 70 years, from 1920 to 1989. This volume provides an unsurpassed source of reference on a period that until now has been relatively poorly covered.