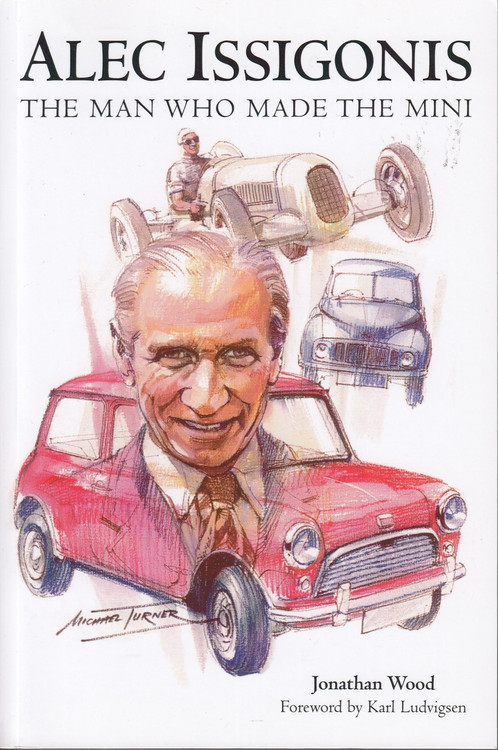 THE COLLAPSE in 2005 of MG Rover marked the end of Britain's indigenous motor industry as a volume car manufacturer.

Yet back in the 1960s its Longbridge-based British Motor Corporation predecessor dominated the market with the iconic Mini and stylish 1100. Both were the work, together with the legendary Morris Minor, of Sir Alec Issigonis, CBE, FRS, the British motor industry's most influential and controversial engineer.

In this full-length biography, published to commemorate the centenary of its subject's birth, which falls in 2006, award-winning motoring historian Jonathan Wood chronicles the rise and fall of Issigonis, born in Turkey of Greek/Bavarian parentage, who arrived in Britain as a near-penniless refugee and became the most powerful automobile engineer in the land. His ingenious and effective designs had a deep, lasting influence on the evolution of the motor car and on the wider history of industrial design, and he deserves to be ranked with the other giants of the field like Ferdinand Porsche in Germany and Dante Giacosa in Italy.

Wood's candid and meticulously researched account, which exposes Sir Alec's public and private faces, and is the product of some 30 years of research, is complemented by interviews conducted with many of Issigonis's former colleagues and friends, including: Ronald Barker, John Cooper, Jack Daniels, Christopher Dowson, Paddy Hopkirk, Spen King, Dr Alex Moulton, Dr Bernd Pischetsrieder, Lord Snowdon and Stuart Turner. The finished volume is a balanced view of a remarkable, immensely talented man, with a behind-the-scenes impression of the personal and corporate struggles within the declining British car industry, a complex process in which Issigonis played a famous role.

The Man Who Would Not Die

MSRP:
Now: $99.95
Was:
By: Stephen Olvey . Description Herschel McKee was undoubtedly lucky, and for most of his life it seemed he really was the man who would not die. Leaving home at 16, he sought adventure and found it...

MSRP: $150.00
Now: $99.95
Was:
By: Alex Moulton . FOREWORD There are few people whose name is synonymous with a product. Alexander Eric Moulton is such a person. Any cycling enthusiast would immediately recognise the Moulton cycle...

MSRP:
Now: $149.95
Was:
By: Pierre Menard, Jacques Vassal . Fangio Ascari and Moss were the three outstanding Grand Prix drivers of the fifties. Ascari came from Milan and with his thickset physique could well have passed...

MSRP:
Now: $99.95
Was:
By: Gianluca Gasparini . With 13 laps to run in the CART Champ Car race on the Lausitzring oval in Germany on 15 September 2001, Alex Zanardi completed his final pit stop and headed back to the track...

MSRP:
Now: $52.95
Was:
Approach to Automotive (Spiral bound) has been adapted for schools from the classic McGraw-Hill Education Australia text Automotive Mechanics by Ed May and Les Simpson. Incorporating...

MSRP:
Now: $37.50
Was:
Information and guidance on modern, efficient, auto electronic and electrical systems that will work well on your car. This book provides a practical guide to converting, installing and maintaining...