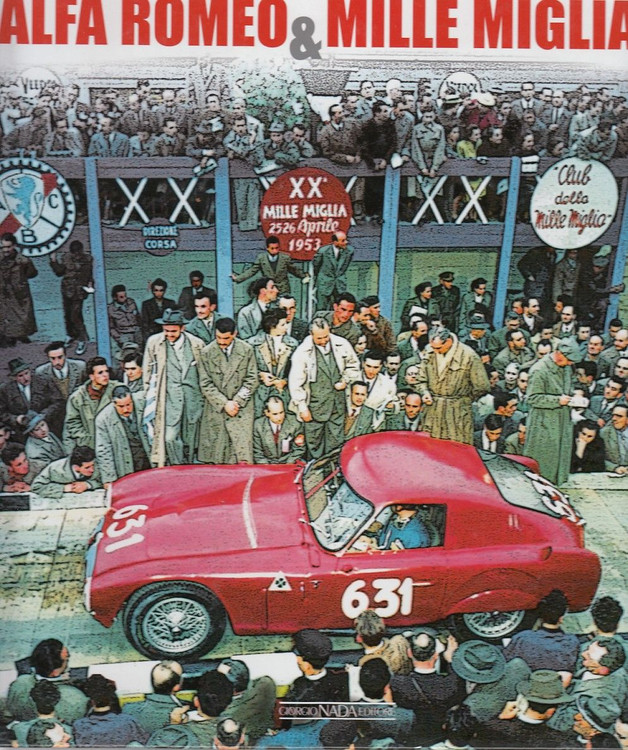 Alfa Romeo and the Mille Miglia, two sides of the same coin, the stuff of legends thanks to the prestige of the "Freccia Rossa" and the epic feats of the Portello firm's cars and drivers. No other automotive marque can boast a similar number of entries, to say nothing of an equally extensive roll of honour with no less than eleven overall victories.

Undisputed protagonists of the pre-war years, Alfa Romeo won 10 of the 13 editions disputed between 1927 and 1940. Those were the years of the 6C 1750 and the 8C 2900 A and B, cars piloted by drivers of the calibre of Campari, Nuvolari, Varzi and Pintacuda. The XIV Mille Miglia of 1947 was once again taken by an Alfa Romeo, the 8C 2900 B driven by the Romano-Biondetti crew. Overall victory was then to be chased and just missed by Fangio but never again captured. Nonetheless, the Biscione marque was to remain a leading player through to the final edition of 1957.

A long and fascinating chapter in the history of motorsport tracing Alfa Romeo's love affair with the Mille Miglia, recounted in an authoritative text accompanied by rare archive photographs.

MSRP:
Now: $59.95
Was:
By: Brooklands Books . The Giulietta established the pattern for future models from Alfa Romeo: its responsive, high-revving, small-capacity engine was allied to nimble road behaviour and sensitive...