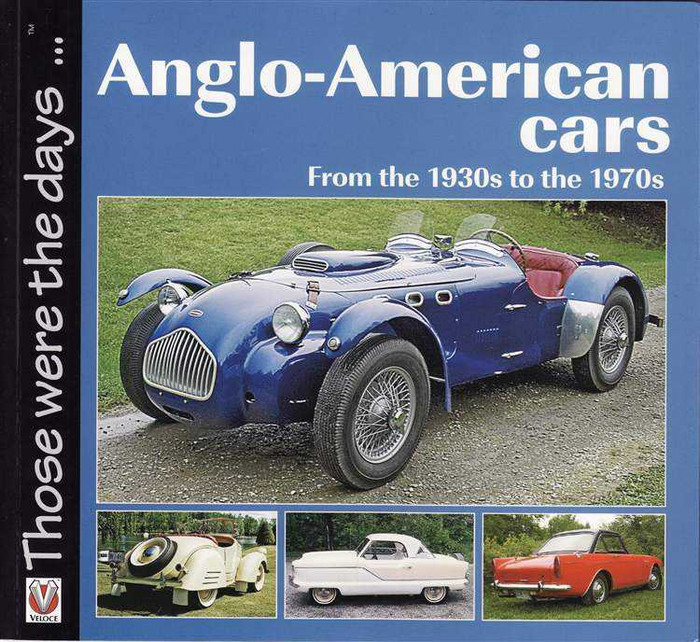 Many of the American-powered British makes offered for sale were often constructed with everything from trials and rallies to road racing in mind. For enthusiasts, the American V8 in a British chassis provided fast, reliable touring at a fraction of the cost. In contrast, the American cars fitted with British power plants were often designed for economy.

MSRP:
Now: $59.95
Was:
By: Tony Gardiner . 100 years old in 2005, the Brighton Speed Trials event has always attracted full entries, mainly because of the opportunity it presents to drive cars and motorcycles on a public...

Austerity Motoring - From Armistice to the mid-Fifties - Those Were The Days...

MSRP:
Now: $59.95
Was:
By: Malcolm Bobbitt . Following the Armistice the motor industry was rebuilt providing cars for export. New vehicles were largely unavailable for the home market, and fortunate were those people...

Andre Lefebvre and the cars he created for Voison and Citroen

And The Revs Keep Rising - Great Drives in Fast Cars

MSRP:
Now: $95.00
Was:
ISBN: 9780857332707, Author: Mel Nichols Nobody, before or since, has achieved the same level of immediacy of writing style as Mel Nichols, wrote Peter Robinson, the acclaimed automotive...

Anatomy Of The John Deere

Anatomy of the Hot Rod

MSRP:
Now: $99.99
Was:
By: Doug Mitchel . If you grew up reading the classic "green pages" in HOT ROD magazine – (or even if you didn't) -- you're going to love this lavish look inside some of the coolest hot rods...

Anatomy of The Classic Mini - The Definitive Guide