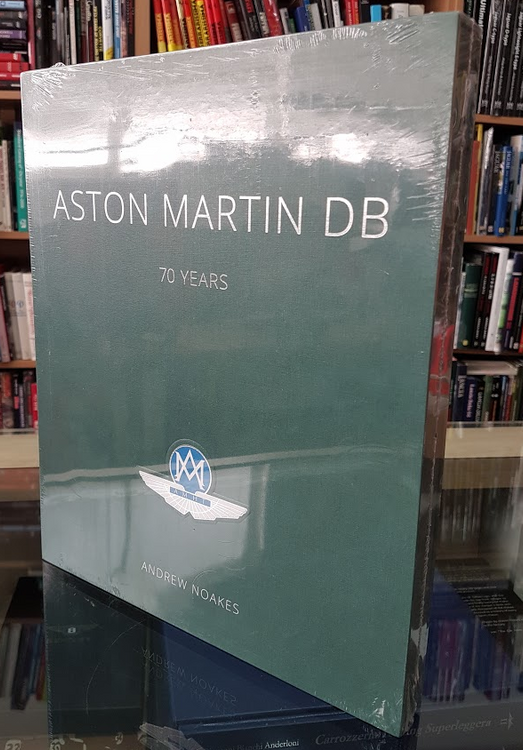 From the very first DB1 to the iconic DBs of the 1960s to the very latest DB11, this stylish, lavishly illustrated book is a fitting celebration of one of the world's most enduring sports cars. The fast, beautiful sports cars that Aston Martin built under David Brown’s ownership won the Le Mans 24-hour race and the World Sports Car Championship, and provided James Bond with his most famous transport: the ejector-seat equipped DB5 that won acclaim in Goldfinger.

Though the DB era ended when Brown sold the company in 1972, its influence continued to be felt - James Bond’s most recent car was the specially-made DB10, and Aston Martin has just launched its most complete car ever, the DB11 – and the initials ‘DB’ mean as much to Aston Martin now as ever. The perfect gift for fans of fast and beautiful cars!

MSRP:
Now: $99.99
Was:
ISBN: 9783848002696 With understatement, high-class individuality, andconservative reliability, the Aston Martin takes its place among the ranks of the most exclusive sports cars...

MSRP:
Now: $99.95
Was:
By: Robert Edwards .- ** THIRD and final EDITION of a classic title !! ** The survival of Aston Martin as a high- quality, low-volume prestige car maker throughout the post-war highs and lows...