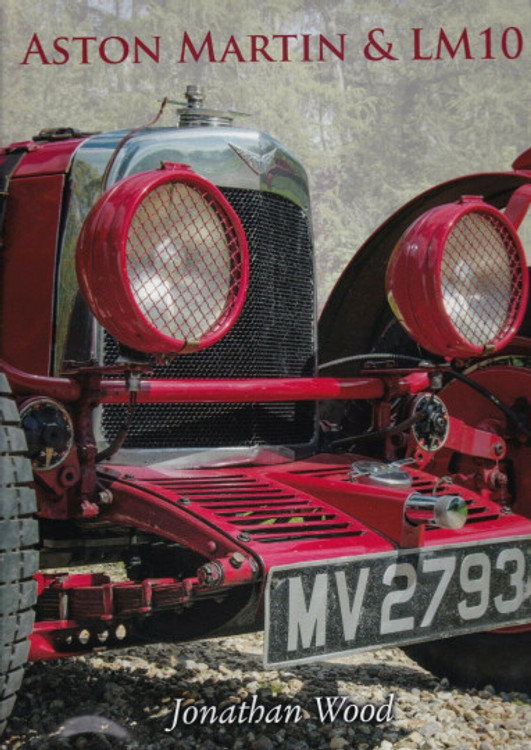 The book, numbering 350 pages, is prefaced with a foreword by Marek Reichman, Executive Vice President and Chief Creative Officer at Aston Martin Lagonda.

Jonathan Wood has written this book as a story, rather than a compendium of race results and Aston Martin models. The story is accompanied by sidebars which give more in-depth information on particular areas of interest.

The first 3 chapters are devoted to the history of Bamford & Martin, and Aston Martin up to 1932. The works Le Mans cars LM8, 9 and 10 are introduced for the first time in chapter 4. Much of the material in these early chapters has been contributed by Aston Martin’s archivists and has not previously been published.

The focus changes in the ensuing chapters to LM10, its sister cars, and their contribution both to Aston Martin’s racing pedigree and also to the development of Aston Martin road cars. The pre-war races are covered in some detail. As well as its 3 consecutive Le Mans finishes, LM10 was the works development car and the book details how improvements trialled at the Sarthe circuit were incorporated in the design of their most successful Le Mans road car, and the succeeding Ulster models. The history of LM10, its drivers and owners, is fully covered.

Unlike previous Aston Martin books, a large part of this volume is devoted to the lives of the individuals responsible for keeping the Aston Martin brand afloat, especially during the pre-war years.

Above all, it is primarily a story of the evolution of the Aston Martin brand, from its inception as Bamford & Martin to the post-war years. Sidebars included in the final 2 chapters briefly complete the Aston Martin story from Feltham to Ford, and up to the present day.

The book’s first review, by David Lewington, has just been published in Aston Martin Quarterly Autumn 2020 Vol 54 No 228. ‘The story…really is a fascinating one…that I can thoroughly recommend.’

Standard Edition, Hardcover, Published in 2020 by Hugh And Miranda Palmer