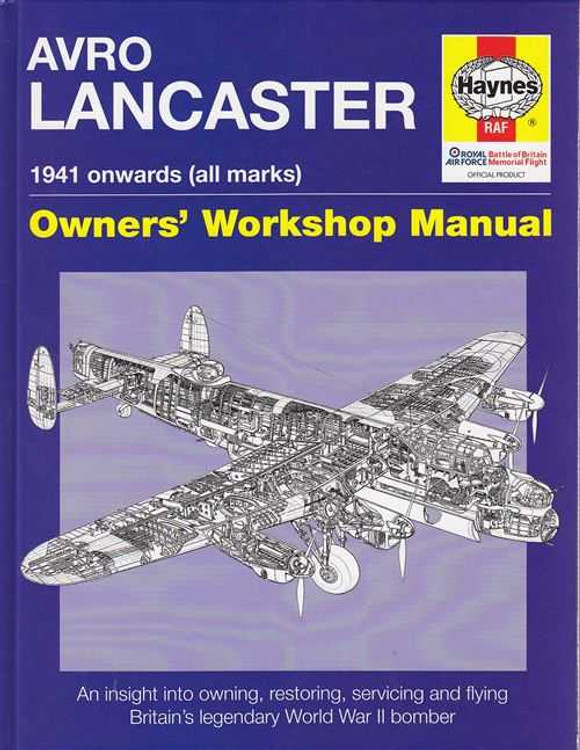 Over the years the Lancaster has won the hearts and souls of so many. From the Bomber Command aircrew that it brought home from dangerous operations over occupied enemy territory, to the airshowgoer who avidly gazes up as its unmistakable black shape flies gracefully across the peaceful skies that it helped secure.

That the Lancaster was born to wreak havoc on a distant enemy might be a disturbing thought to younger generations who, perhaps, see it as just a beautiful old aeroplane, `harmless' even. But there is no mistaking that the 'Lane was in the thick of the fight during World War Two, playing a significant part in winning the freedom that we enjoy today.

I believe that the Lancaster was the greatest single factor in winning the war, said Air Chief Marshal Sir Arthur Harris, wartime commander of RAF Bomber Command. During the Second World War, RAF Lancaster bombers took the war into the very heart of Hitler's Third Reich, pounding its cities and industrial centres with more than 600,000 tons
of bombs.

Lancasters flew some of the most daring bomber operations of the war including the intrepid daylight attack on the MAN diesel engine factory in Bavaria in 1942; the legendary dams raid in 1943: and the attacks on the German battleship Tirpitz in 1944. Surprisingly, of the 7,377 Lancasters built only two survive today in an airworthy condition — one in Britain, the other in Canada.

Produced with the full cooperation of the RAF's Battle of Britain Memorial Flight, the Haynes Avro Lancaster Manual gives a rare and fascinating insight into how the Lancaster is constructed, how it is flown and operated, and the all-important details of how it is serviced and maintained to keep it airworthy.

Jarrod Cotter is one of the lucky few to have flown in both of the airworthy Lancasters. Before his appointment as Deputy Editor of FlyPast magazine, Jarrod served for nine years in the RAE He saw service in the UK and with RAF Germany as an NCO, working on Jaguars and Harriers. He is the author of Living Lancasters (2005) and Battle of Britain Memorial Flight: 50 Years of Flying (2007).

Paul Blackah is one of the small band of experts who keep the RAF's Lancaster flying. He joined the RAF in 1976 and was posted to the Battle of Britain Memorial Flight in 1993 where he remained until his retirement from full time service in 2002 as a Chief Technician. Paul's specialised knowledge of vintage aircraft saw him re-engaged as an RAF reservist, working as an airframe specialist in the BBME Paul is co-author with Alfred Price of Supermarine Spitfire Manual (2007).

MSRP:
Now: $49.95
Was:
By: Pat Ware . Work on the American M4 Sherman medium tank started in 1941, with subsequent production taking place in 10 US factories and one Canadian. Although relatively unsophisticated, and...

MSRP:
Now: $69.95
Was:
The author, Jean Gardner presents an intimate look at nearly 400 aviation landmarks and memorials from over the years ever since man first took to the skies and started meeting with untimely and...