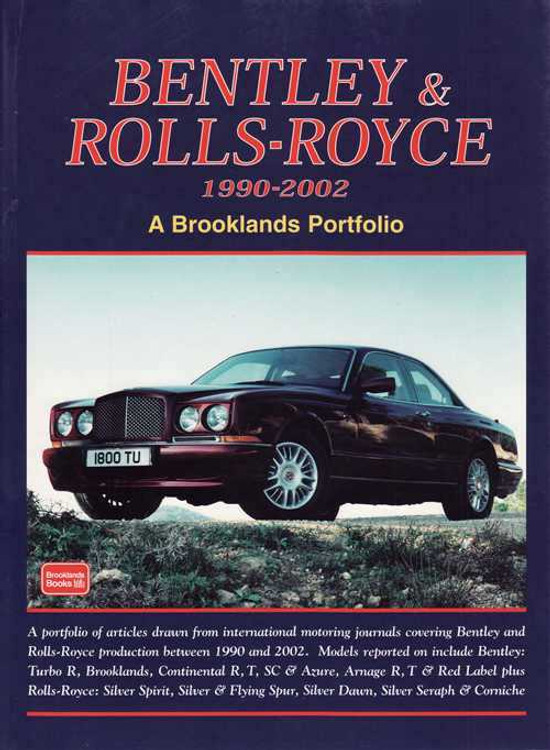 The designers at Crewe started work on the car which would become the Rolls-Royce Silver Spirit as early as 1972, but it would be 1980 before the car and its siblings entered production. Although the cars looked broader and squatter than the Silver Shadow family they replaced in the showrooms, they did in fact owe a heavy debt to their long-running predecessors, for most of the chassis design of the Shadow was carried over.

The early 1980s were difficult year for Crewe, when sales fell sharply and the company's who future looked uncertain. Fortunately, however, the position began to improve in the middle of the decade. Not the least of the reasons was that the Bentley marque was strengthened and given a clearer identity, particularly with the arrival of the Mulsanne Turbo. By the end of the decade, the company was in a healthier state and was able to begin planning once again for new models.

One casualty of the dark years at the beginning of the 1980s, however, as the Camargue model. Introduced in 1975 and based on Silver Shadow running components, it had always been controversial: not everyone liked its angular styling by Pininfarina or its light aircraft style instruments and controls. Over the years, it was modified to incorporate improvements made for the Silver Spirit family, but it went strangely unmourned when it was dropped in the mid-1980s. Perhaps its time has yet to come. However, the third range of models from Crewe continued right through the 1980s and beyond. The Rolls-Royce Corniche convertible and its Bentley Continental equivalent remain amongst the world's most coveted cars a quarter of a century after their shape was first seen in the mid-1960s.

Like the Camargue originally based on Silver Shadow running gear, the open car was progressively updated and its mechanical development broadly followed that of the Silver Spirit family. A Rolls-Royce or Bentley is by its very nature an almost timeless piece of engineering, and yet is is fascinating to see through the pages of this book how the conflict between conservatism and engineering progress was played out during the 1980s.

MSRP:
Now: $59.95
Was:
By: Brooklands Books . The story of the Rolls-Royce Silver Cloud and the Bentley S Series is traced through contemporary magazine articles. Included in this volume are road tests, touring trials, new...

MSRP:
Now: $199.99
Was:
By: Martin Bennett . This newly revised and re-formatted book from Veloce Publishing provides the definitive history of the most sought-after, fastest and elegant Bentleys built in the British...

MSRP:
Now: $175.00
Was:
By: Graham Robson ., 1st edition Bentley is one of those charismatic marques that, throughout its long and turbulent history, has produced some of the most famous cars of the time. Founded in 1919 on...