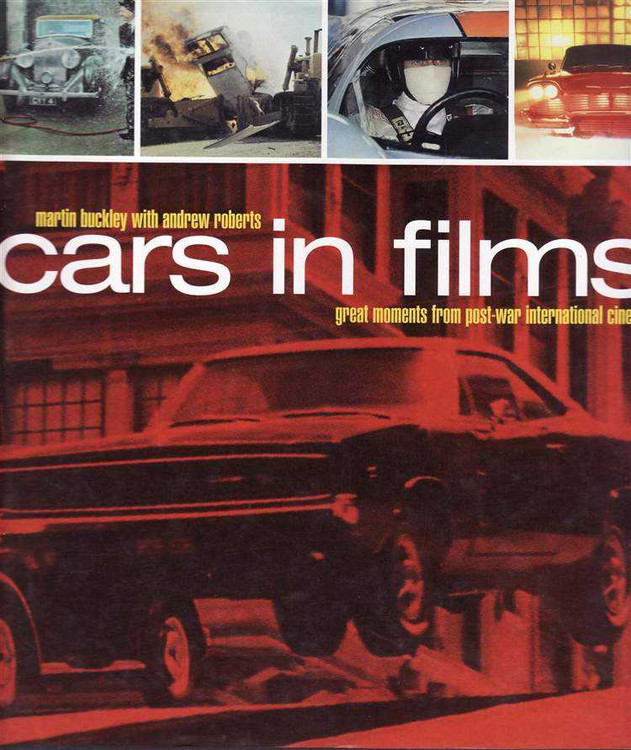 Featuring more than 200 colour and mono stills, Cars in Films takes a serious, affectionate and often humorous look at the part that automobiles — old and new — have played in international cinema over the past half century. The crime genre has left a legacy of great chase sequences in films like Bullitt and Ronin but the book also looks at the contribution made by lesser-known productions such as Robbery and Villain. Naturally the vehicular adventures of 007 are covered — no book like this would be complete without that famous silver Aston Martin — and the motoring exploits of alternative espionage heroes of the 1960s like Derek Flint, Matt Helm and Harry Palmer are also subject to analysis.

A chapter on British Comedy features cars from the Ealing, Rank and Carry On stables, while a section on International Comedy looks at, among other things, the glamorous vehicles to be spotted in films like Casino Royale and, of course, The Italian Job. 'Horror & Fantasy' covers everything from Dennis Weaver's
Plymouth Valiant in Duel to the vintage Lancia and Bentley that make The Devil Rides Out a fine piece of viewing.

'Heroes & Villains' considers how the choice of car in a film complements a particular character — from Jack Hawkins's Rolls-Royce Phantom in The League of Gentlemen to Dustin Hoffman's Alfa Duetto in The Graduate — while 'On the Road' shows the full range of road movies and their endless potential for banality (anything with Burt Reynolds in a toupee), for excellence (Badlands, Breathless) and cult appeal (Vanishing Point, Two Lane Blacktop). Another chapter on Motorsport demonstrates just how few good motor racing films have been made over the past 50 years, while 'Time & Place' shows that carefully chosen classics can add to the period feel of a historical film and contains examples of film-makers getting it right (American Graffiti) and wrong (Quadrophenia).

Each entry starts with a data box that includes the film's country of origin, year of release, running time and director.

The book, packed with tyre squeals, dramatic camera angles, obscure facts and arty posters, adds up to a feast of nostalgia for film buffs and motoring enthusiasts alike.

MSRP: $199.95
Now: $99.95
Was: $199.95
By: Andy Thompson . Description Much of Eastern Europe, for many years the mysterious half of the continent, missed out on the first century of the Industrial Revolution. By the middle of the...

Cars Of The Wehrmacht - A Photo Chronicle