Caterham Sevens - From Conception to CSR 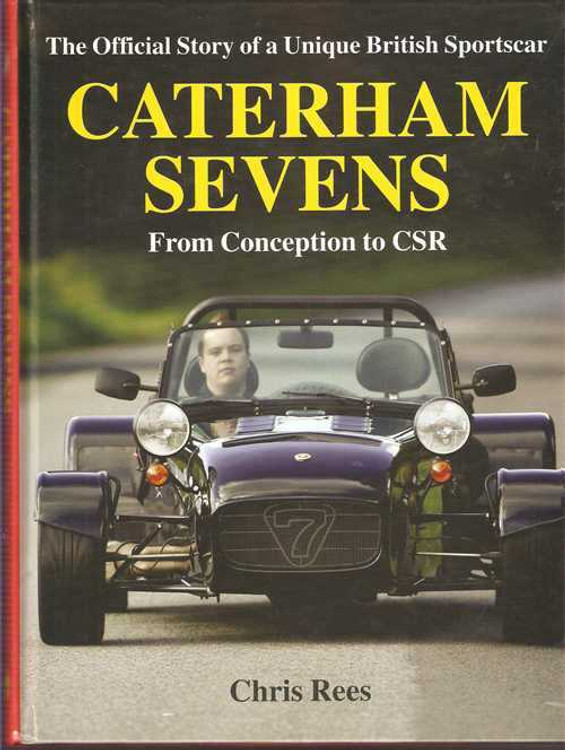 Caterham Sevens - From Conception to CSR

Widely recognised as the standard work on the history of Caterham, covering all models from the original Lotus Seven of 1957 and its Caterham derivative of 1973 to the latest Cosworth-powered Caterham CSR of 2005.

Caterham Sevens is the story of a former Lotus dealer who saw the potential of a hand-built sportscar which its creator, Lotus founder Colin Chapman, was about to discard.  He bought its manufacturing rights and by developing ever more powerful versions over more than 30 years, turned Caterham into one of the world's most prolific and affordable sports-racing cars - highly successful on the track, and an enthusiastic driver's delight on the road.

Caterhams are renowned as the ideal vehicle for track-day participants. At the beginning of 2005 there were 675 Caterhams registered as active in motor racing. There are 17 Caterham racing championships officially sanctioned in nine different countries.

Caterhams have proved to be the ideal cars for drivers to develop high-speed driving skills and racecraft. Over 14,000 Caterhams have been manufactured, and the vast majority are still active in owners' hands.

Magnificent 7: The Enthusiasts Guide to All Models of Lotus and Caterham

The Austin Seven - The Motor For The Million

MSRP:
Now: $150.00
Was:
By: Frank Gardner . **BOOK HAS A LOOSE FRONT COVER  - SIGNED BY FRANK GARDNER** The CastroL Racing Drivers' Manual is a unique modern guide to the art of race driving. Frank Gardner,...