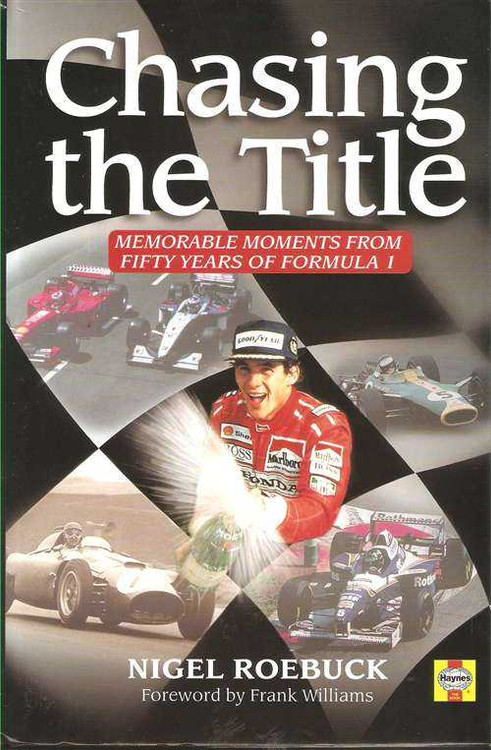 Brief autobiographies of well known formula one drivers from circuits all over the world.

The annual battle for the Formula 1 World Championship represents an astonishing expenditure of effort, involving thousands of people and millions of dollars, and attracting a vast global television audience.

Inevitably it breeds charismatic characters and breathtaking levels of skill and achievement. A fine blend of these men and moments forms the basis of this superb book specially written to mark the fiftieth anniversary of the World Championship, and illustrated with a superb collection of nostalgic photographs.

There are few motor racing journalists who can distil the essence and chart the evolution of Formula I as effectively as Nigel Roebuck. Part autobiography, part reminiscence, part race record, Chasing the Title reflects high and low spots, conversations and encounters spanning his 30 years as a chronicler of Grand Prix racing. Roebuck's finely crafted prose, familiar to readers of his popular Fifth Column in Autosport, is by turns witty and grave, moving and hilarious. We meet many of those central to the sport, past and present, re-live classic races, and gain a privileged insight into the characters and motivations of many of the great drivers, from Juan Manuel Fangio to Mika Hakkinen, Ayrton Senna to Michael Schumacher.

Nigel Roebuck's authoritative and varied perspectives on the sport combine to provide a rare treat from one of Formula 1's most respected observers, whose material seldom appears in book form.

MSRP:
Now: $99.95
Was: $119.95
By: Maurice Hamilton . The 2007 formula One Championship was e first since the legendary 1986 season in which three drivers went into the final race with the possibility of being crowned champion...

MSRP:
Now: $39.95
Was:
Hardcover, Published in 2017 The bestselling author of Long Way Round details his recovery from a major accident On February 16, 2016, Charley Boorman suffered a major traffic accident in Portugal...