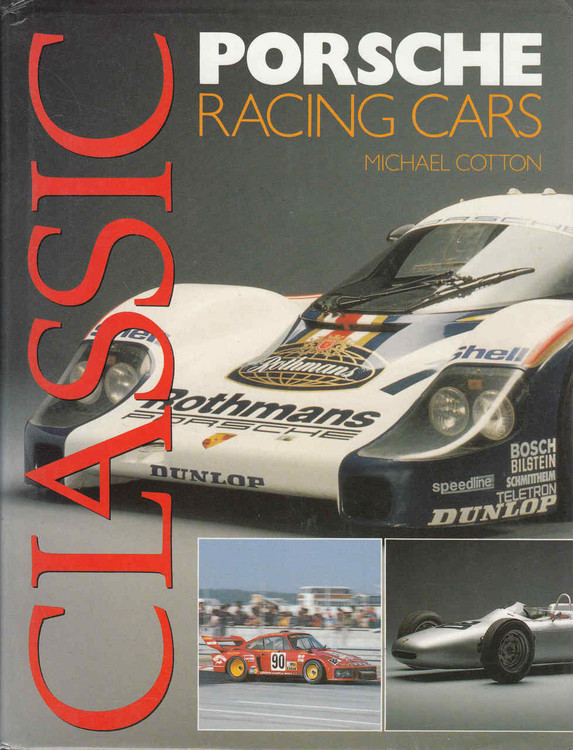 Since 1951. Porsche have developed some of the most successful cars in motor racing history, mostly two-seaters but encompassing Grand Prix as well as endurance machines.

During the 1950s. they were regular class winners, sometimes also nearing the front of the field, then they began to achieve outright victories on every continent, and have gone on to consolidate this success.

To date. Porsche have recorded ten wins at Le Mans. fifteen in the Daytona 24-Hours, eleven in the Targa Florio. three in the Monte Carlo Rally and two in the Paris-Dakar 'Raid' amongst their long list of competition successes.

This model-by- model account of the evo-ltion of Porsche racing cars describes every variant, with a brief record of successes.

Most have been derived from production cars, but some, like the 917 and Can-Am machines, were designed from the ground up as race winners.

The book also looks at those who have designed and driven them, from the foundations laid by Professor Ferdinand Porsche in the 1920s and '30s to the work of designers such as Dr Ernst Fuhrmann and Ferdinand Piech mechanic Herbert Linge and the racing prowess of
drivers such as Jo Siffert, Jacky lckx and Derek Bell.

Michael Cotton is one of the world's foremost Porsche experts. Having formerly been Public Relations Manager for Porsche Cars Great Britain Ltd for seven years, he is able to give a fascinating behindthe-scenes view of the men and the machines.

MSRP:
Now: $129.95
Was:
By: Brian Long . Today, one cannot escape the fact that the words Porsche and racing go hand in hand. This book follows Porsche’s year-by-year progress in top flight racing and rallying, and...

Classic Motorcycling - A Guide For The 21st Century

MSRP:
Now: $79.95
Was:
By: Rex Bunn . "Classic Motorcycling: A Guide for the 21st Century shows just how much there is still to learn about our favourite pastime. I gained a great deal from it and expect every other...

MSRP:
Now: $150.00
Was:
Author: Kevin Cameron, ISBN: 9781844259946 Expert technical analysis of the world's great power units. Racing motorcycle engines are the product of evolution in understanding, in design, and in...