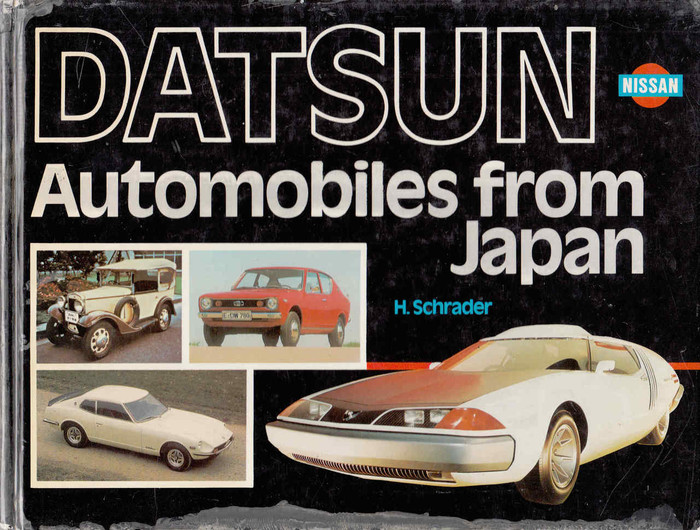 Automobiles carrying the Datsun name have existed since 1932 while the history of today's combined marques, Datsun and Nissan,
opened more than 20 years before that.

As far as we know the first motorcar appeared in Japan in 1899.

A European businessman living in Yokohama had a gasoline-engined tricycle sent from France. Within two years there were not only a good two dozen German, French, English and American vehicles in Tokyo, Osaka and Yokohama but even an automobile show — opened in 1901 by a Mr. Tamijo Matsui on the Ginza, that famous Tokyo shopping street. The show was rather private, however, as were most later exhibitions of its type. Japan's first official automobile salon wouldn't be held until 1954 even though an automobile club had been founded in 1902. In 1903 a bus with gasoline engine went into service in Kyoto.

High customs duties limited automobile imports. There were no more than perhaps 100 passenger cars and trucks by 1911 and around 300 by 1913. Most of them came from America. Yet Japan
had ist first rally in 1911 with 37 entrants who covered a route of some 60 miles.

Meanwhile several Japanese engineers and businessmen had established automobile production on their own.

They were the gentlemen, Den, Aoyama and Takeuchi who produced the prototype for a light passenger car called DAT — using the initials of their
own surnames — with the aid of an American-trained engineer named Masujiro Hashimoto. Following six months of construction the model was ready to drive in the early summer of 1912 but it fell far short of satisfying its builders so a second version was begun
by the firm which already called itself an automobile factory, the Kaishinsha Motor Car Works.

This second DAT was mobile by the spring of 1913 and soon began to multiply. A small series was built in Kaishinsha using local materials almost exclusively. Surprisingly enough, only the rims, magnetos and tires had to be imported....

Chevrolet A History From 1911 - Automobile Quarterly

MSRP:
Now: $195.00
Was:
By: Quarterly Magazine . For seventy-five years, Chevrolet has been shaping the way America thinks about its automobiles. Tens of millions have owned them, and its legendary battles with Ford for...